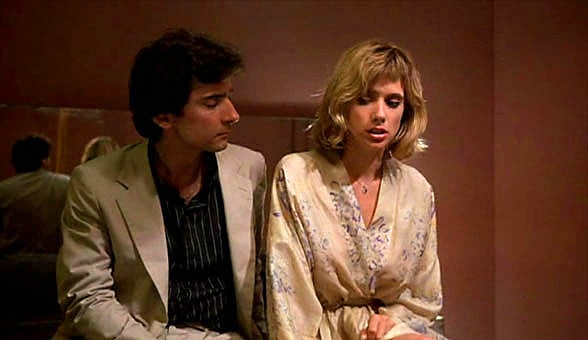 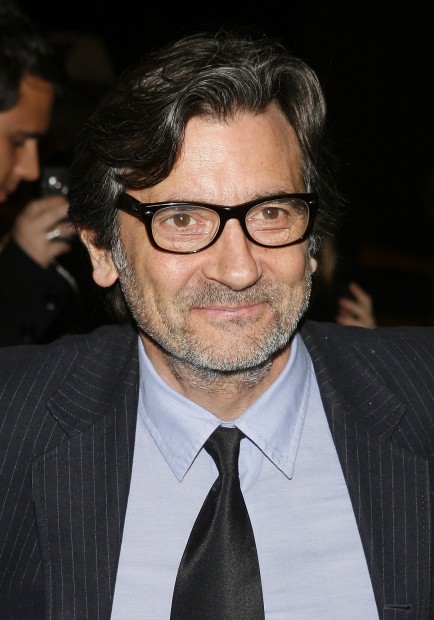 Dunne has fond memories of visiting Arizona as a child.
M. Scot Skinner

The Loft Film Fest got a big boost when Griffin Dunne agreed to show up on opening night for a 25th anniversary screening of "After Hours."

Rosanna Arquette, his co-star in Martin Scorsese's twisted comedy, will join him for a Q & A with the audience after the screening next Thursday night.

Dunne and Arquette will be back at the Loft Nov. 12 for a screening of the John Sayles film "Baby It's You," a 1983 film that Dunne produced and Arquette starred in.

Not a bad way to kick off the first film festival produced by Tucson's nonprofit movie theater on East Speedway near North Country Club.

"We were thrilled when Griffin said he would come," says Peggy Johnson, the Loft's executive director. "And when he said he was going to invite Rosanna Arquette, we thought that was pretty cool."

All it took was a phone call to Dunne from Katherine Pew, a Loft board member and friend.

Dunne didn't hesitate to climb aboard, he said during a recent phone interview.

"Part of my affiliation with, and support for, the film festival comes from the fact that my mother's an Arizonan and I feel like a half-Arizonan," he said.

"It's a wonderful opportunity for me to go back to Arizona. I haven't been there since Thanksgiving nearly two years ago."

Dunne's mother, Ellen Griffin Dunne, was born in Tucson and raised on her parents' ranch near Nogales.

She married Dominick Dunne in 1954, and the couple later moved to Beverly Hills, Calif., which is where their three children - Griffin, Alex and Dominique - grew up.

But she never lost her love for Nogales and Tucson, her eldest son said.

"She was sick most of her life with MS, and she wanted to die in Nogales," said Dunne of his mother, who passed away in January 1997.

"During the last five years of her life, we spent every Thanksgiving and Christmas in Nogales," said the 55-year-old actor and producer. "That's where she's buried."

Dunne's father, a best-selling author and correspondent for Vanity Fair, died of bladder cancer last year. He was 83.

When Griffin Dunne thinks of Arizona, he remembers the good times visiting his grandparents as a kid.

"I had a lot of fun there," he says. "During the war, while my dad was fighting in the Pacific, me, mom and my grandparents spent many, many hours and had many meals at the Arizona Inn.

"And I have so many happy childhood memories of walking across the border with my mom and other relatives. They would all get hammered at La Roca, and we'd walk back."

Dunne's extended family includes Charles Wessler, his best friend ("like my brother really") who joined his family in Nogales most every year for the holidays.

Wessler, a producer with hits under his belt like "There's Something About Mary" and "Dumb and Dumber," will also be at the Loft Film Fest on opening night next week.

In addition to "After Hours," the audience will be the first to see Dunne's six-minute film, "Veronica," starring Emma Stone and Kieran Culkin. It's part of an as-yet-untitled comedy anthology produced by Wessler and Peter Farrelly.

The movie, which is in the tradition of "Kentucky Fried Movie," has long been Wessler's "dream or nightmare, depending on how you look at it," Dunne said.

Dunne, who played a judge on television's "The Good Wife" last month, is set to direct an episode of the CBS drama series in February.

"It's become the go-to show for New York actors, because it's filmed in the city," said Dunne.

He and his wife of about 15 months, Anna, recently moved into an apartment in lower Manhattan in the exact area where much of "After Hours" was filmed.

"I just moved there, and I didn't realize how close I was to where we shot until I looked out my window," he said. "It's literally across the street."

Dunne, whose breakthrough role was in "An American Werewolf in London," is currently on location in Pennsylvania, where he is starring in a feature film called "The Discoverers." He plays a historian who wrote a six-volume biography of early-19th-century explorers Lewis and Clark.

His character, whose father is a Lewis and Clark re-enactor, is going through a divorce and a crisis at work and decides to take his family on a cross-country trip.

"He has a touch of depression like Meriwether Lewis had, and he's keenly aware that Meriwether never finished his journals and ended up committing suicide."

Dunne says the movie has a "very charming, sweet, funny and touching script that stays with the metaphor of a journey."

Despite growing up in a household where the hottest stars in Hollywood showed up regularly for parties hosted by his dad, or maybe because of that, Dunne had no youthful dreams of becoming an actor or producer.

"I went the typical teenage route of wanting to go the opposite route. I wanted to be a journalist, and that didn't change until I performed in Edward Albee's "Zoo Story" during my last year of high school.

Hooked, he made for New York and started auditioning - without much success.

When he was 17 or 18, he got an audition for Martin Scorsese, who was casting the part of the 12-year-old boy in "Alice Doesn't Live Here Anymore," a drama that was filmed in Tucson.

"He took one look at me and said I was too old for the part. But we talked for a half-hour. It was great."

Dunne was a perfect fit, of course, for the role of Paul Hackett in "After Hours," a film that he and Amy Robinson produced.

"It's about the worst night ever in someone's life. He leaves his house to get laid and ends up paying for it big time.

"During filming, I had 29 different suits at various stages of degradation," he said.

Griffin Dunne first worked with Rosanna Arquette in a television movie called "The Wall," in which they played siblings in the Warsaw Ghetto.

The movie, which was filmed in Poland in 1980, was the beginning of a long friendship and the first of about 10 projects they worked on together.

Isn't every week at the Loft Cinema a festival of foreign, independent, classic and cult films? And hasn't it been that way since the Loft was called the New Loft and housed in an actual loft near Arizona Stadium? So what makes the Loft's new film festival, a weeklong event that opens a week from tonight, such a big deal?

The inaugural Loft Film Fest kicks off tonight with a 25th anniversary screening of Martin Scorsese's "After Hours," followed by a Q & A w…

Dunne has fond memories of visiting Arizona as a child.
© Copyright 2022 Arizona Daily Star, PO Box 26887 Tucson, AZ | Terms of Use | Privacy Policy
Powered by BLOX Content Management System from TownNews.com.
You don't have any notifications.