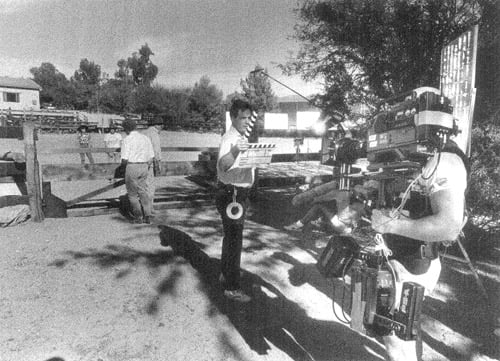 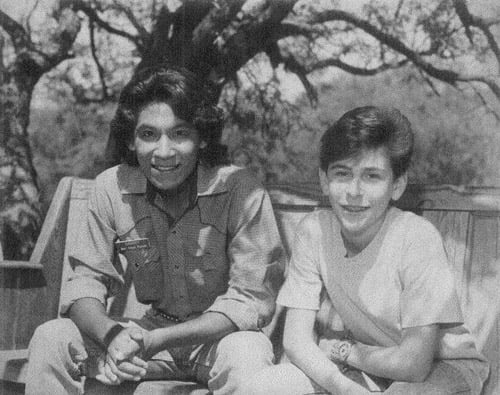 When the Nickelodeon series “Hey Dude” was filmed in Tucson in 1989, it was the first time since “Petrocelli” that a television series would be shot primarily in Tucson. Not only did this provide opportunities for local businesses and workers, but it also was a great opportunity for two local actors who had recurring roles in the show.

In November 1988, Cinetel Productions videotaped their pilot of the show “Hey Dude” at the Tanque Verde Guest Ranch on Tucson’s far east side. That was a logical setting since the series was about a fictional guest ranch called Bar None Dude Ranch. The ranch hands were teenagers and their foil was the “dorky” ranch owner.

After the series received the production go-ahead from Nickelodeon, auditions were held for aspriring, young local actors. In addition to all of the extras, two Tucsonans landed feature roles. Josh Tygiel was selected for the show following the auditions. Joe Torres was chosen after a nationwide search.

Torres played the role of Danny, a Hopi Indian who was a seasoned ranch hand. In his Tucson life, Torres was a Tucson High student and an aspiring artist. While Tygiel was cast as Buddy, the son of the city-slicker ranch owner from New York. He was attending Utterback Middle School.

Although the show had very loyal fans, the Bar None apparently closed and the staff probably headed off to the Rincons. Filming ended in 1991. For those seeking a walk down the “Hey Dude” memory lane, it is still possible to watch some of the shows on the internet, including this epsiode about firefighting.