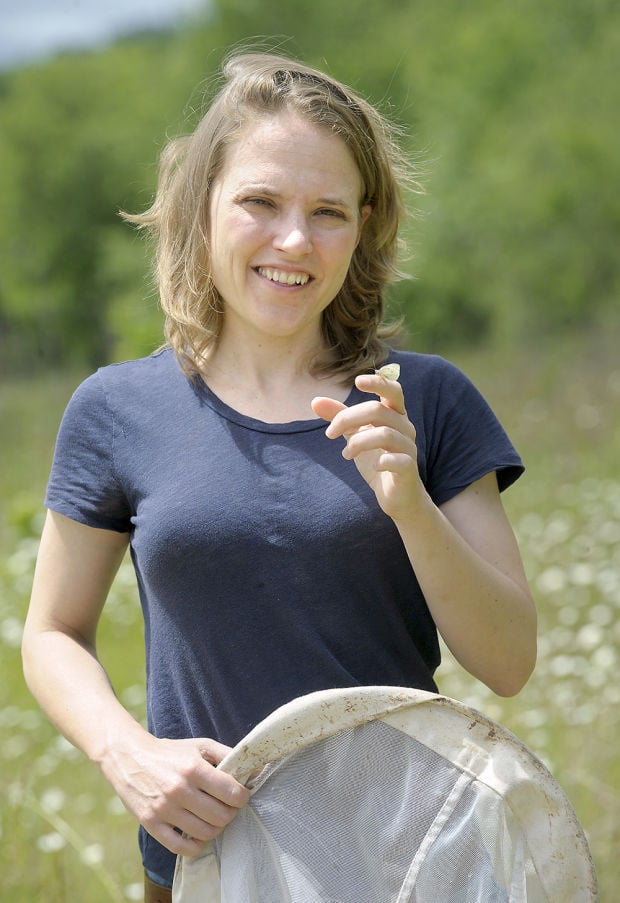 Katy Prudic, Ph.D., who received a doctorate from the University of Arizona, is a research scientist with the Department of Zoology at Oregon State University 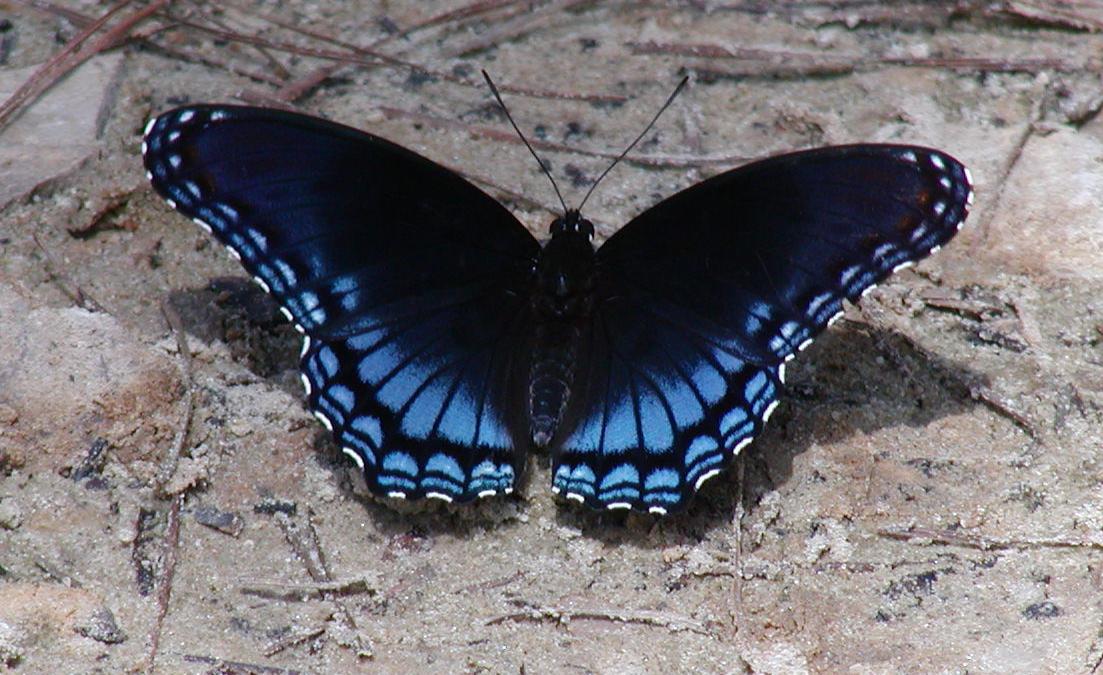 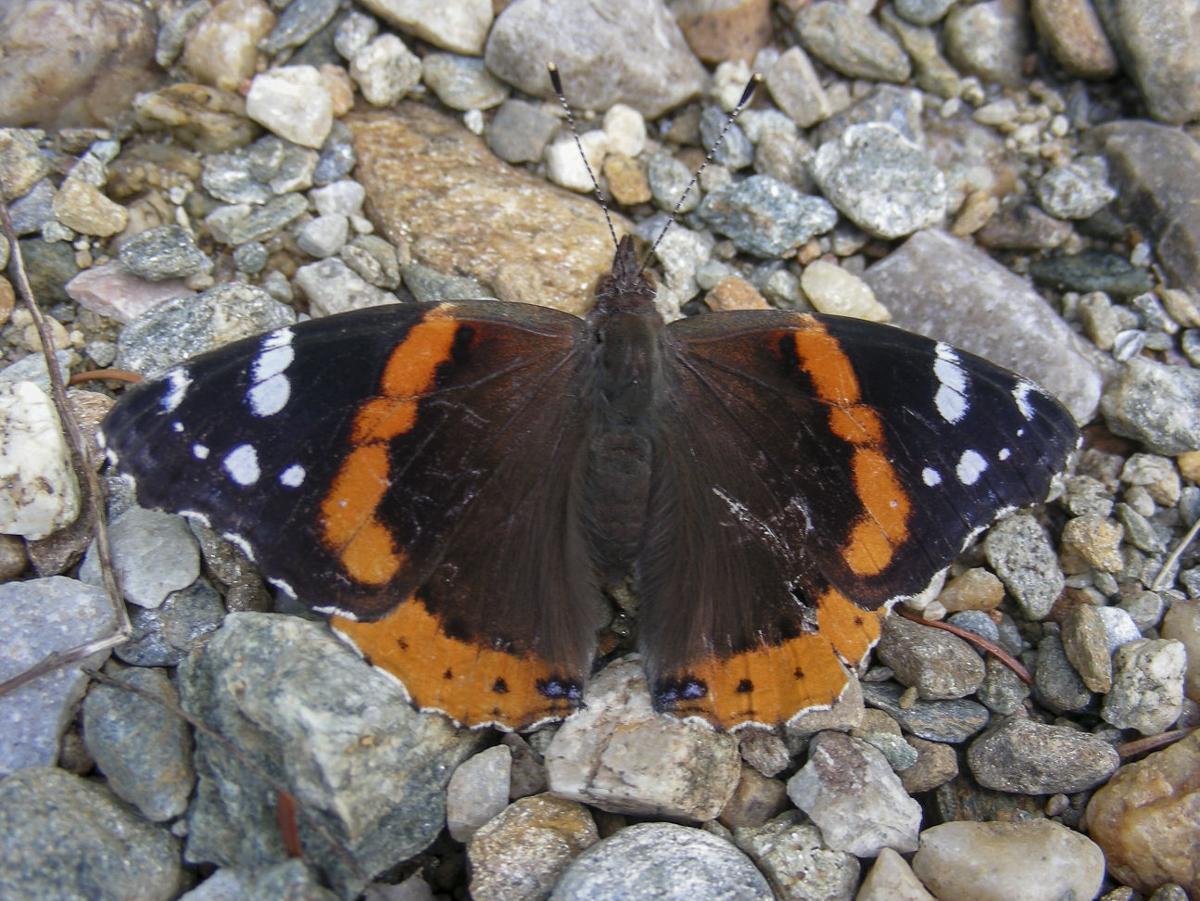 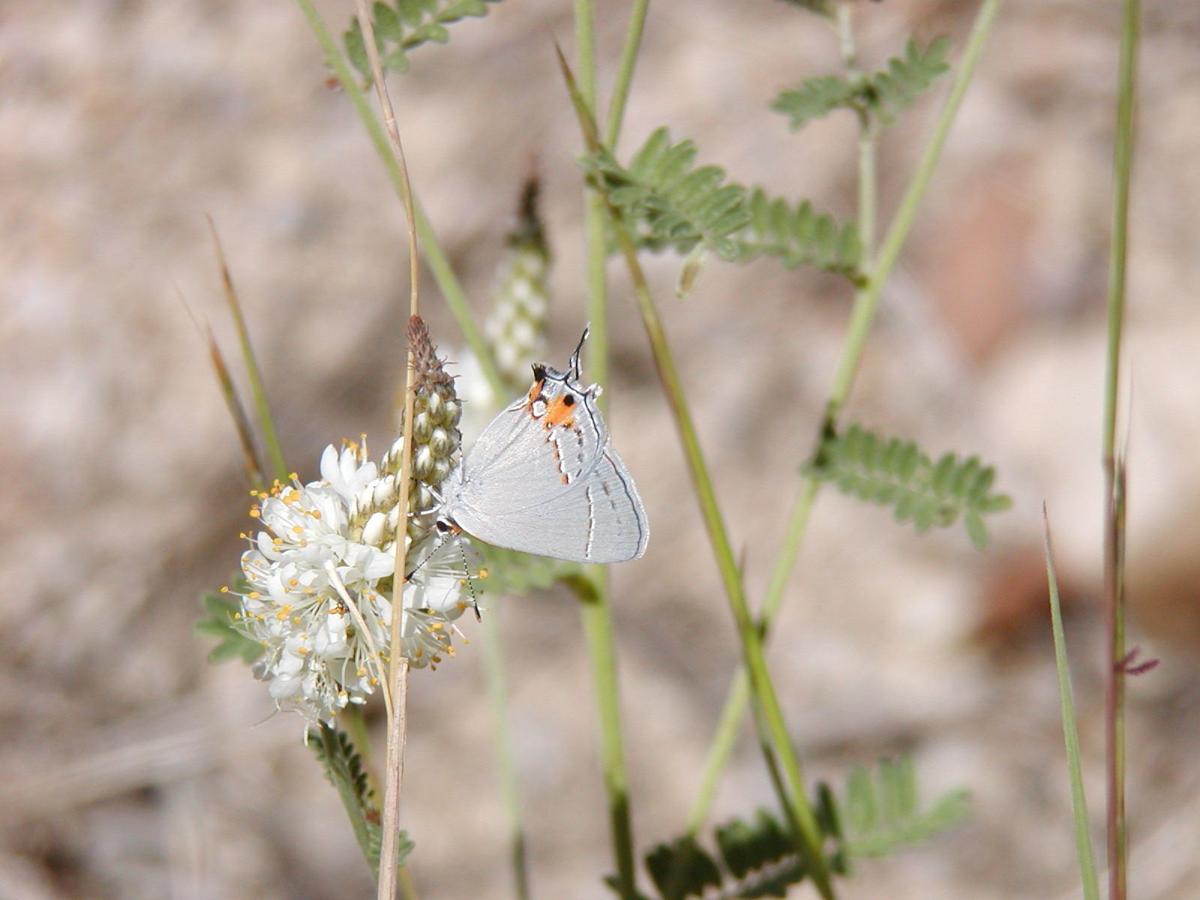 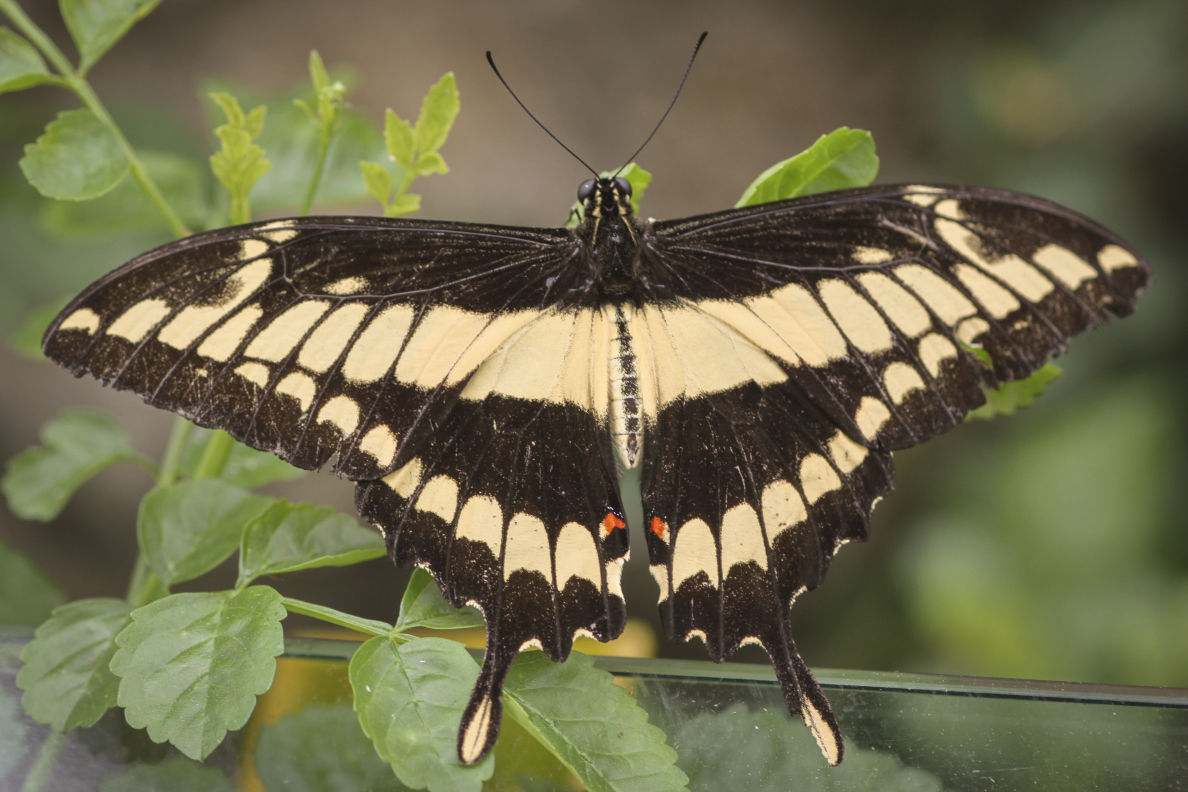 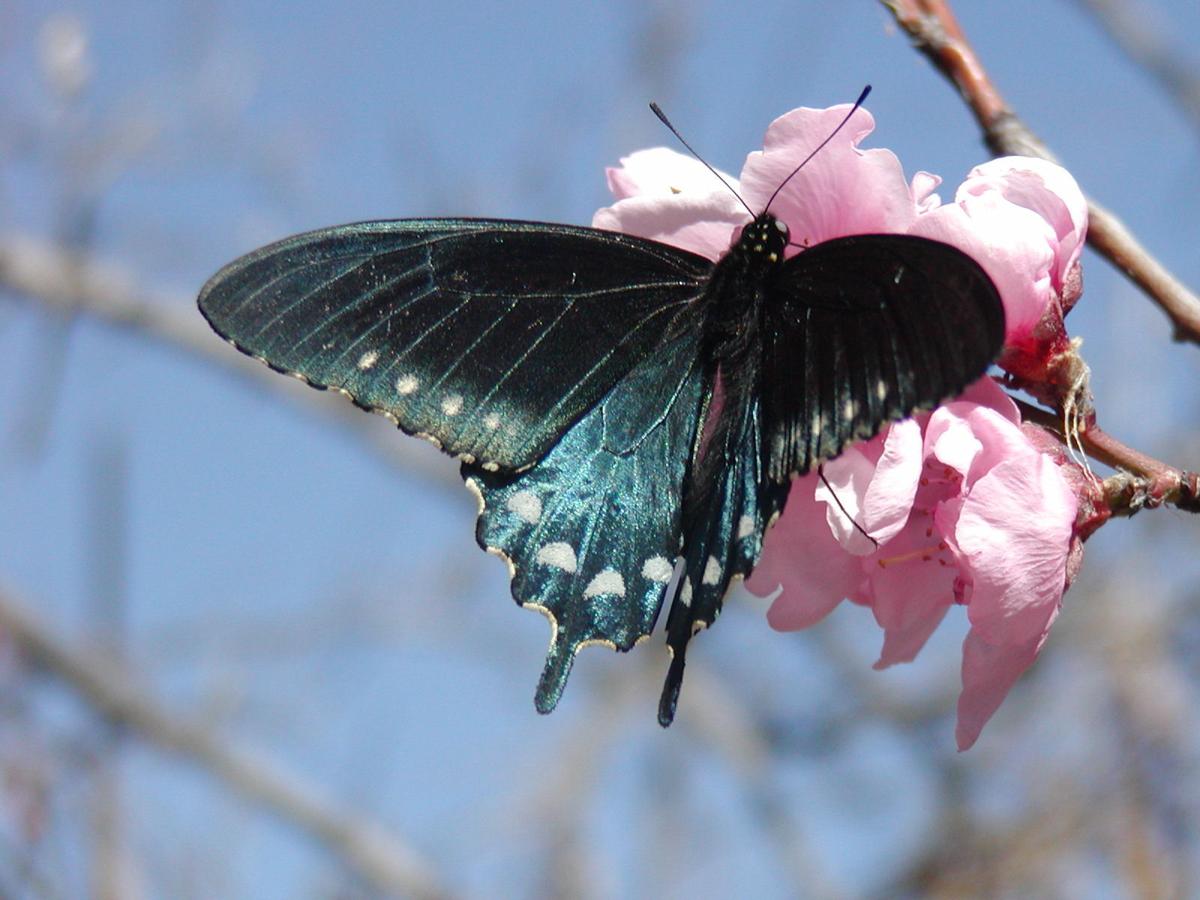 Katy Prudic studies the connection between genetics and appearance in butterflies, but it was her drive to make scientists out of butterfly aficionados that got her an invite to the White House.

Prudic, who is teaching in the entomology department at the University of Arizona, is co-founder and co-director of eButterfly, which taps into a vast potential army of people who enjoy watching butterflies flutter by.

The network, just a couple years old, hasn’t snared all of them yet, but the website she helped found while working at Oregon State University, with colleagues at institutions in Vermont and Canada, has recorded 227,000 observations of butterflies.

She’s been having talks with Jake Weltzin, a researcher with the U.S. Geological Survey who heads up the USA National Phenology Network, about merging talents and data to create a website on pollination that would harness the observations of citizen scientists into a research database for botanists, entomologists, climate-change researchers and others.

Her involvement with Weltzin got her invited to a forum and webcast sponsored by the White House Office of Science and Technology Policy and the Domestic Policy Council, on citizen-science initiatives.

“Open Science and Innovation: Of the People, By the People, For the People,” will be live-webcast on Wednesday, Sept. 30.

The morning will be devoted to launching a “federal citizen science toolkit.” The afternoon will focus on “activities like drought, water quality, human health or, in our case, pollinators,” said Weltzin, whose network is headquartered on the UA campus.

A 2011 federal survey on how Americans use natural spaces found that more than 10 million spend an average 85 hours a year watching a non-bird category that includes butterflies, turtles, snakes and spiders.

Butterflies appeal to the crowd — “They are easy to identify. They don’t sting or bite, and they are fun to work with,” Prudic said. And crowd-sourcing research allows vast amounts of data to be gathered for the relatively inexpensive cost of setting up a website and monitoring for accuracy.

In eButterfly’s case, 227,000 reports from 5,000 observers have provided 40,000 photos of butterflies and information about where they were spotted. Identifications are verified by a panel of experts.

Prudic said eButterfly isn’t for the occasional butterfly watcher. “It’s more for the nerdy butterfly people” — those willing to spend enough time and effort that researchers will be able to note the absence of species as well as presence.

She demonstrated the eButterfly site in her UA office last week as she looked up species one might encounter on the White House lawn and gardens — gray hairstreaks, pearl crescents, Eastern tiger swallowtails and the red-spotted purple, to name a few. First lady Michelle Obama might want to keep an eye out for the cabbage white butterfly in her kitchen garden, she said. They feed on cabbages, broccoli and kale.

The morning session of the White House conference on citizen science will be live-streamed at wh.gov/live from 11 a.m. to 3 p.m. Tucson time.

How El Niño will bring us a wetter winter

How El Niño will bring us a wetter winter

Katy Prudic, Ph.D., who received a doctorate from the University of Arizona, is a research scientist with the Department of Zoology at Oregon State University