Tucson Medical Center is not afraid of the health-care Goliaths.

Officials with the 70-year-old nonprofit hospital said Friday they will ally with the world-renowned Mayo Clinic by joining its network of hospitals.

But the relationship is not a merger or an acquisition, which is the current trend in U.S. hospitals.

The alliance with Mayo, which will give patients at TMC access to second opinions from Mayo doctors, is one of several strategies TMC is taking to remain competitive in an era of hospital supersizing, as it tries to maintain independence at a time when hospitals are less and less likely to be independently owned.

“I wouldn’t think that all locally owned community hospitals are going to go away. But they are definitely going to have to innovate if they want to continue to thrive,” said Gautam Gowrisankaran, a professor of economics at the University of Arizona’s Eller College of Management. “I think in general we are going to see more consolidation.”

‘TUCSON IS OUR FIRST NAME’

TMC has remained steadfast in resisting consolidating, and has turned down offers from larger companies. It is now Tucson’s only locally owned community hospital.

It is also the market leader, with 26 percent of the local hospital market share in Pima County. Its emergency department recorded 91,600 visits in 2014 — more than any other ER in the state. And it delivers more babies than any other hospital in Tucson — 5,500 last year alone.

“We are the only one left standing, and we are not going anywhere,” said Jon Young, who is vice chair of TMC’s board of trustees. “I’m not saying I’m not worried. But competition makes you better.”

TMC assumed its lone locally owned distinction earlier this year after Phoenix-based Banner Health acquired the locally governed and financially struggling not-for-profit University of Arizona Health Network and its two hospitals. Banner had previously approached TMC, but the hospital said no thanks.

In addition to the alliance with Mayo, the hospital has contracted with Phoenix Children’s Hospital for pediatric intensivists and pediatric hospitalists. The hospital also plans on forging alliances with several rural hospitals, Chief Executive Officer Judy Rich said.

Rich is not only not intimidated, but predicts the recent consolidations will work to TMC’s advantage.

“We are local. We are Tucson. Tucson is our first name,” Rich said. “We see ourselves as the only hospital that is locally governed and driven by the local needs of the community.”

Tucson has seven non-government community hospitals owned by four companies. Northwest Medical Center and Oro Valley Hospital are owned by Tennessee-based, for-profit Community Health Systems, which bolstered its status as one of the country’s largest health systems with the acquisition of Florida-based Health Management Associates in 2014.

Missouri-based Ascension Health owns the nonprofit Carondelet Health Network, which includes Carondelet St. Joseph’s and Carondelet St. Mary’s hospitals in Tucson. The local Catholic health network has had financial trouble in recent years, and is in the midst of a deal to sell a majority ownership to for-profit, Texas-based Tenet Healthcare.

Tenet is another huge health company. One of the biggest recent hospital system deals was the sale of Tennessee-based Vanguard Healthcare Services to Tenet Healthcare in 2013.

The Carondelet deal would shift 60 percent of the Tucson-based health network’s ownership to Tenet Healthcare Corp., an Oct. 15 bond offering from California-based Dignity Health says. The document also says 20 percent each would be owned by Dignity Health and Ascension, which currently owns Carondelet. While the deal had been set for completion earlier this year, officials said Friday there’s nothing to report just yet.

The advantages of hospital consolidation are that fixed costs can be spread across a larger operating base, patients can draw from a larger network of physicians, and best practices are spread across multiple hospitals, said Dan Steingart, a West Coast health-care analyst for Moody’s Investor Services.

“The trend of mergers and acquisitions started before the Affordable Care Act,” Steingart said. “But the ACA has provisions that acted as accelerant on the fire. It encourages physicians to come together and deliver better quality at lower cost. It’s harder and harder for the independent hospitals to survive on their own.”

While larger systems have the advantage of economies of scale, Rich notes that TMC, which is owned by Tucson-based TMC HealthCare, is larger than most other hospitals, with 607 licensed beds, 456 of which were occupied last week. In addition, the hospital owns 18 beds at its on-campus hospice, Peppi’s House, plus 16 geropsych beds in a facility on the Handmaker Jewish Services for the Aging campus.

The average community hospital has 200 to 300 beds, Rich said.

“The small, independent hospitals are struggling,” she said. “There’s a certain amount of overhead you have to spread over the business. And if the business is of a certain size, you have to carry a lot of administrative overhead. We have the advantage of carrying that overhead over a very large enterprise.”

And that enterprise’s focus extends beyond the corner of Grant and Craycroft, she said, although she would not share details of the hospital’s future plans.

“Our strategy is pretty evolved at this point,” she said. “This change in the market has been coming for a long time.”

One advantage for TMC is that decisions can be made locally rather than relying on an out-of-town corporate office, Rich noted.

“Our neighborhoods and our schools and our churches and all the people that live in this community know that we are their local hospital, and that is very different than some of the other dynamics that are going on in the market.”

Rich noted that TMC is not entirely at a disadvantage when it comes to purchasing. The hospital, along with other independent medical centers, is part of a national buying group that contracts with the volume-purchasing organization Novation to get better pricing than if each were to go to vendors individually.

Friday’s announcement that TMC will become the 32nd hospital in the Mayo Clinic Care Network means patients at TMC will be able to seek second opinions from Mayo doctors. TMC is paying an undisclosed sum for a “subscription” to the network.

Like TMC, the Mayo Clinic decided to buck the trend of mergers and acquisitions. The Mayo Clinic Care Network was the alternative, Mayo Clinic in Arizona CEO Dr. Wyatt Decker said Friday as he celebrated the new alliance with TMC.

“We are a physician-led, not-for-profit organization that exists to take care of our patients. We don’t aspire to own hundreds of hospitals or buildings all over the country,” Decker said. “But we do aspire to share the knowledge that we’ve generated at the Mayo Clinic.”

It is not a financially oriented relationship, Decker stressed, but rather a collaboration to bring Mayo Clinic doctors closer to TMC doctors.

Steingart, of Moody’s, says the alliance will offer TMC some of the advantages other hospitals are getting from mergers and acquisitions. TMC will benefit from Mayo’s experience and expertise.

“Mayo is among the most famous, if not the best, hospitals in the world. Using that name in their branding, saying they are affiliated, is good,” he said. “But it doesn’t provide the financial benefits hospitals get with mergers and acquisitions.”

Steingart said independent hospitals will have to work hard to lower their per-unit costs of care, manage their supplies well, and form a tight labor pool.

“They can’t have nurses just sitting around if the patient census is low,” he said. “Everyone has to be working to the highest degree of their license.”

Most hospitals have a long way to go on efficiency, he said.

TMC was nearly $11 million in the red when Rich — a registered nurse with vast experience in hospital administration — took the helm in 2007, first as interim leader and then permanent CEO.

She was able to turn things around by restructuring debt, cutting jobs and renegotiating supply costs. She has since led the hospital through a major renovation and building project that was completed in 2013, and included a new, four-story orthopaedic and surgical tower. It marked the culmination of $134 million in construction improvements that began in 2009.

While the UA Health Network and Carondelet hospitals struggled financially last year, TMC maintained a positive operating margin and stayed ahead of its competition. Its operating margin in 2014 was 2 percent. The previous year it was 3 percent.

“You can always be testing the results of the actions, and we can always change our direction if we need to,” Rich said. “We can adapt to the changing economic environment. We can adapt to the changing clinical environment. Our technology is state-of-the-art. When we need to add something new, we fund it, so that we can stay at the very forefront.”

Young, of the board of trustees, says Rich is a key reason he’s confident about the hospital’s future. He compares her to Donald Shropshire, the hospital’s much-beloved CEO who retired in 1992 after 25 years on the job.

“We’re at the Don Shropshire stage with Judy,” Young said. “People like working here. We hope to leverage off the fact that we’re a nice place to work.

Source: Arizona Hospital and Healthcare Association with analysis by Intellimed

From ICU to CEO: Judy Rich.

She will be part of the American Hospital Association leadership through 2018. 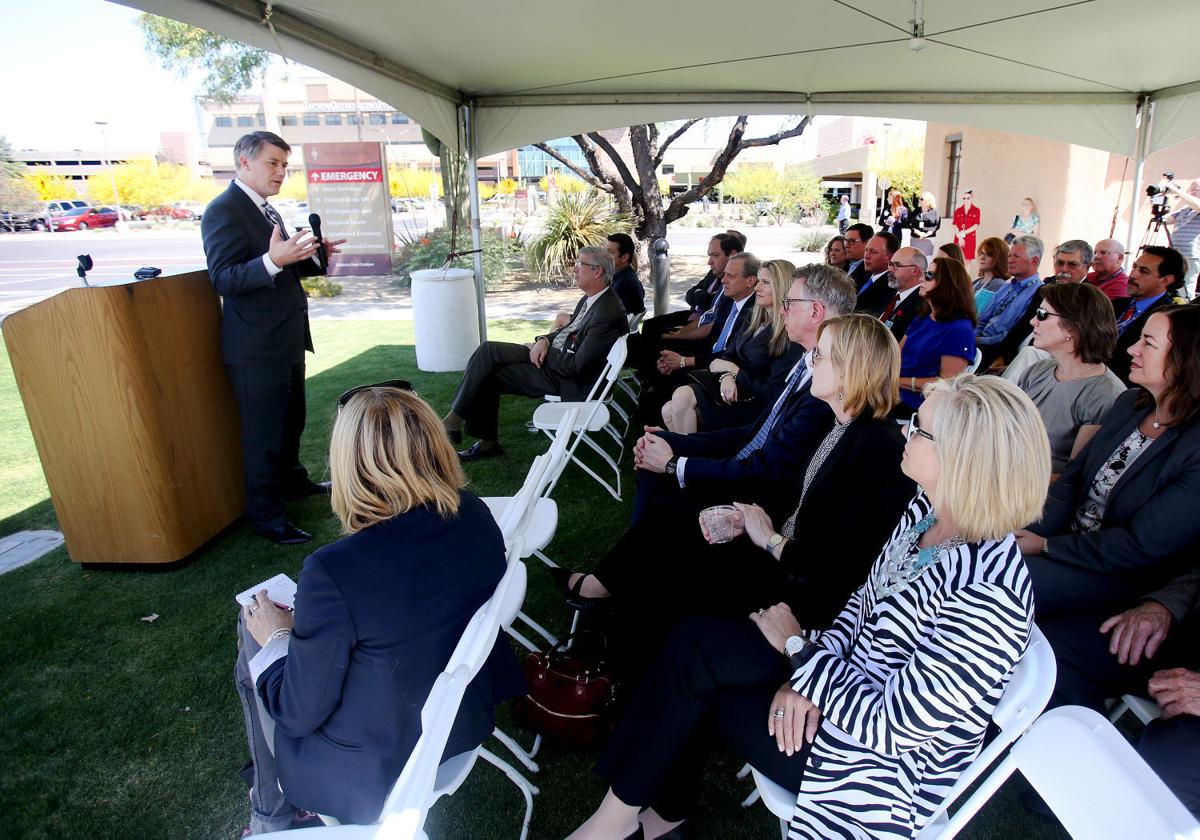 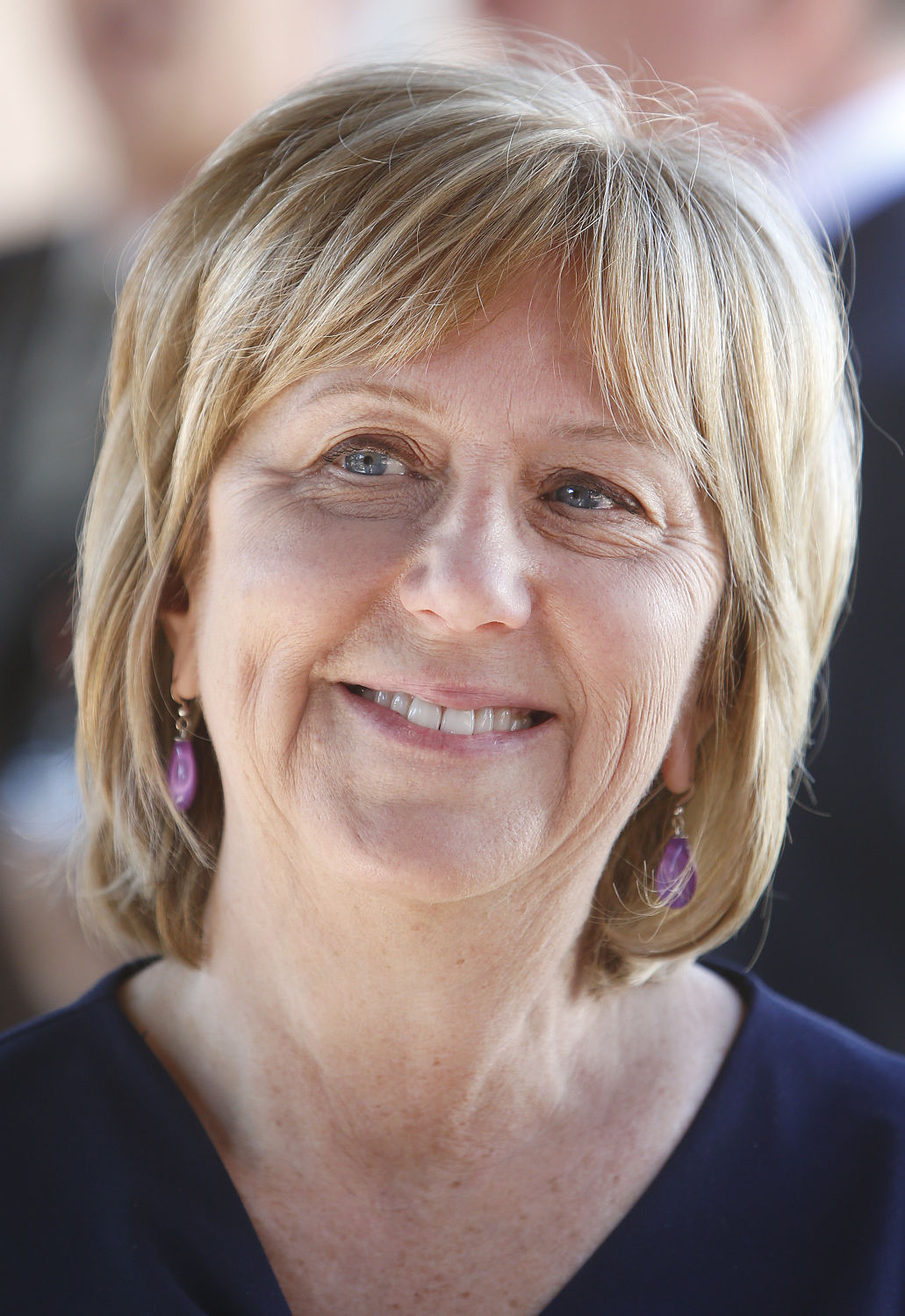 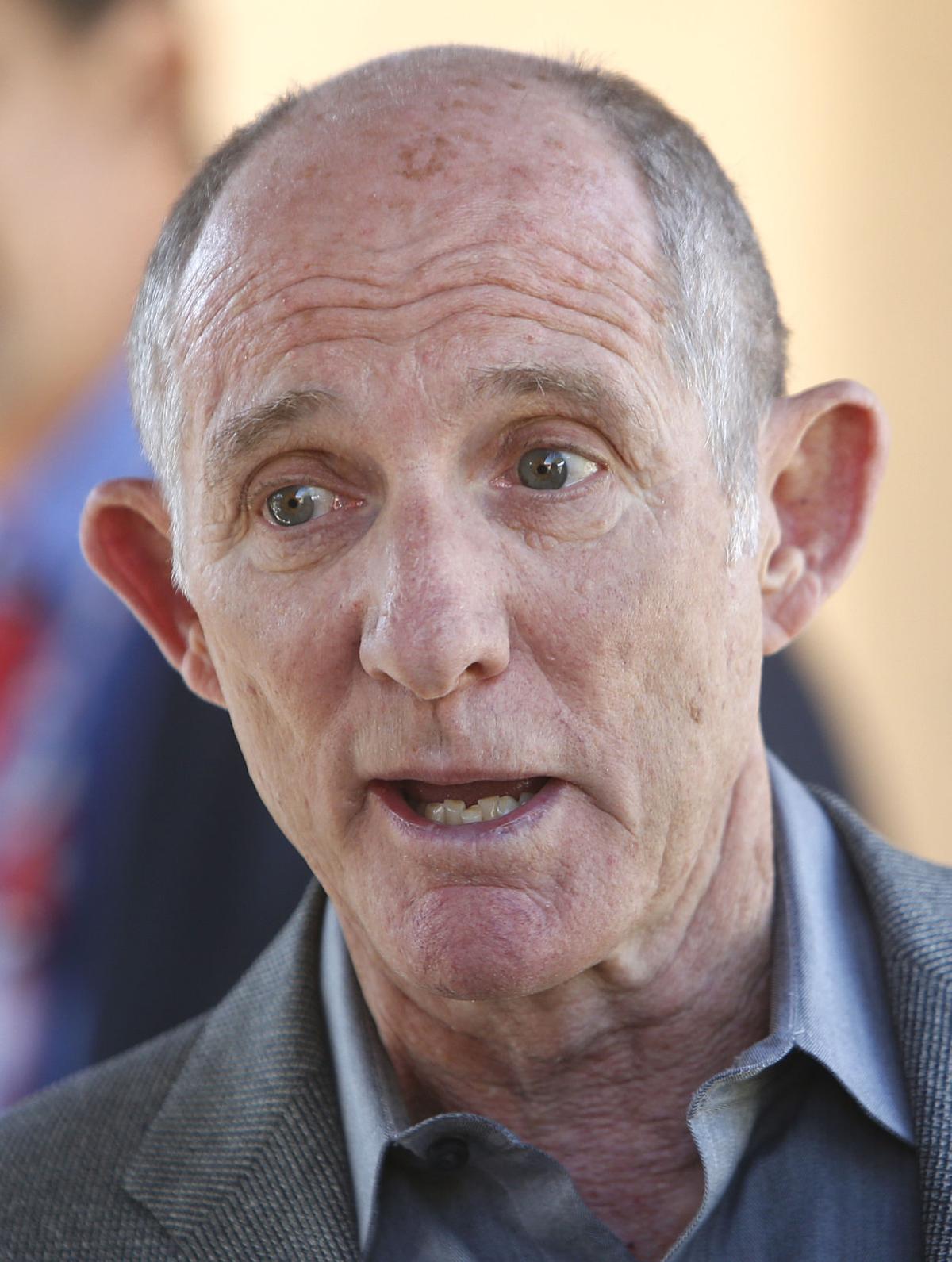