The Davis family arrived in Tucson for a vacation in 1951 and almost immediately decided to make the Old Pueblo their home.

By the following year, Lewis W. “Lew” Davis and his wife Selma had formed Lew Davis Realty and were working on their first subdivision Cinco Via, located on East Fifth Street.

In January 1954, Davis’ mother passed away suddenly in New Jersey.

A few months later in May 1954, Davis named his new Tucson subdivision Clara Vista, almost certainly in honor of his mother. To the average homebuyer there, however, the name was about the views. Translated to English, it means clear view.

Also, only one new street was added in the subdivision Chantilly Drive, named for Selma’s mother Chantilly Goldinger.

“My grandmother, Chantilly Goldinger, better known as Tillie, was born about 1887 and was the driving force in the family,” Andrea Davis recalled. “She came over from Poland with the children before my grandfather. She sold antiques to make ends meet.”

“My mother Selma used to complain about how often she and her sister had to polish and clean all the merchandise in the house so that it would be ready for sale. They also had boarders in their home. My grandfather Morris did not come over for several years. I am not sure why except from what I found there was no birth certificate for him.”

In July 1954, Davis named another one of his subdivisions Crest View, likely for the view offered from the subdivision of the Santa Catalina Mountains. He named one new street, Bryn Mawr Road after the college in Pennsylvania attended by his daughter Gwen Davis. She became a well-known novelist, screenwriter and songwriter for singers like Lena Horne.

In August 1957, Davis opened Copa Bowl — also called The Copa — a bowling alley on Craycroft Road near the Davis-Monthan Air Force Base.

The Copa had 24 lanes, was open 24 hours and had a restaurant inside.

The Davises stayed in the bowling business for about two years.

In 1960, Davis helped found Stewart Title and Trust of Tucson, holding the position of president.

In 1961, Davis decided to run for mayor of Tucson at the urging of a large number of business and political friends.

“Since many of my dad’s friends were Democrats and he was a Republican,they all changed their political affiliation to Republican to get him through the primaries, then changed back after the election,” Andrea Davis said.

He was the last mayor to serve a two-year term and after a change to the city charter, the first to serve a four-year term.

During his six-year tenure, Davis advocated for improved city services, encompassing the paving of roads, and expansion of the library, parks and water systems.

“No one is going to keep quiet for too long about dust, chuckholes, dark streets, promised sewers, delayed trash collection, snafued water bills, waste of money and inefficiency,” he once said in an interview.

Davis also pushed for cleaning up the city’s increasing air pollution and campaigned for early purchases of land for parks and open spaces before unrestricted housing and commercial sprawl made them financially unobtainable.

A famous quote lives on

He also wanted to see Tucson’s main business thoroughfare Speedway cleaned up and beautified and this is likely why he made his most notorious statement early on in his tenure, in 1962, “Speedway is the ugliest street in the U.S.”

This statement — although slightly altered — became a local legend when Life magazine quoted him in 1970, by saying “The view down ‘The Speedway’ in Tucson supports the mayor’s opinion that it is America’s ugliest street,” and featured a two-page image of the unsightly boulevard.

In his very popular book, originally published in 1973, Cooke helped Speedway Boulevard’s notoriety grow when he wrote a version of Davis’ original statement, combined with Life magazine’s version and put his own spin on it: “What the automobile hath wrought. ‘The Speedway’ in Tucson, Arizona. The mayor of the city considers this to be the ugliest street in America,” and on the next page featured the same or a very similar photo used in Life magazine’s original article.

By 1973, Mayor Jim Corbett had held the office and Mayor Lew C. Murphy was in office at the point.

Because of Cooke’s popularity in Britain and other countries it’s almost certain his book boosted Speedway international infamy.

After leaving the mayorship, Davis was appointed to the Arizona Highway Commission and would serve in this role for the next six years, with the last two as chairman of the commission.

In 1969, Davis was chosen to direct the 1969-70 fund drive of the United Community Campaign, later called the United Way. He had been working with this charity organization for many years before this, and later on served as its president in 1974-1975.

Lewis W. “Lew” Davis was born to Abraham and Clara Davis in 1907 in Pittsburgh, Pennsylvania. His parents, both born in Romania — a country better known in the American consciousness for the tale of Count Dracula and Bran Castle than Yiddish-speaking immigrants looking for a new life. The couple also had another son and three daughters.

Davis followed his institutional education with real-life experiences, drifting west to the Dakotas where he found employment as a laborer during the wheat harvest, seeing the never-ending sky of Montana where he sold wood-burning stoves to make ends meet and visiting the awe-inspiring Yellowstone National Park where he hawked food to tourists.

He settled in Seattle for a period.

In 1930, Davis returned home to Pittsburgh and found employment for many years as a sales representative for Bauer and Black Co.

In October 1931, Davis married Helen Finkelstein at her parents’ home and in 1936 they had their only child together, Gwen Davis. The couple divorced in 1942.

With the inception of WWII, Davis volunteered for military duty and was commissioned a first lieutenant in the Army Medical Corp. He was assigned to the New York Medical Depot, Purchasing and Contracting Division.

At about 1947, his ex-wife met Selma Goldinger, a native of Brooklyn, New York, at the Catskill Mountain resort area and thought she and Lew would be a perfect match. She introduced the two.

In 1948, they were married, and Lew adopted her daughter Andrea while her son Robert Pratt resided with her ex-husband.

Special thanks to J.J. Lamb and Sandra Girard for research assistance on the article.

David Leighton is a historian and author of “The History of the Hughes Missile Plant in Tucson, 1947-1960.” He has been featured on PBS, ABC, Travel Channel, various radio shows, and his work has appeared in Arizona Highways. He named two local streets in honor of pioneers Federico and Lupe Ronstadt. If you have a street to suggest or a story to share, email him at azjournalist21@gmail.com

Willis E. Barnum Sr. is remembered today in Tucson with his name not just on a hill in Reid Park, but on a Mount Lemmon lookout rock and an east-side city street.

Boudinot Bakewell Atterbury — whose family name was later given to a wash in Tucson — was born in 1892 in Beijing, China, where his parents were missionaries.

Around 1970, Gene E. Anderson, a civil engineer and owner of Anderson Engineering and his team had the task of coming up with street names for the new development, Hunter Subdivision, a subdivision name they likely came up with themselves.

Street Smarts: How Tucson's Speedway finally shed the title of 'ugliest street in the US'

While Speedway's teen-enticing essence and nostalgic character may endure — what a 1983 local headline called "Tucson's lane for the fast life" — there were many attempts to change the street's appearance over the decades, until certain improvements finally did take hold.

Street Smarts: Meyer and Rose Agron's success was a boon for service organizations

The quirky tale of Tucson’s first unofficial zoo began in 1955 at the city’s Sewage Treatment Plant. 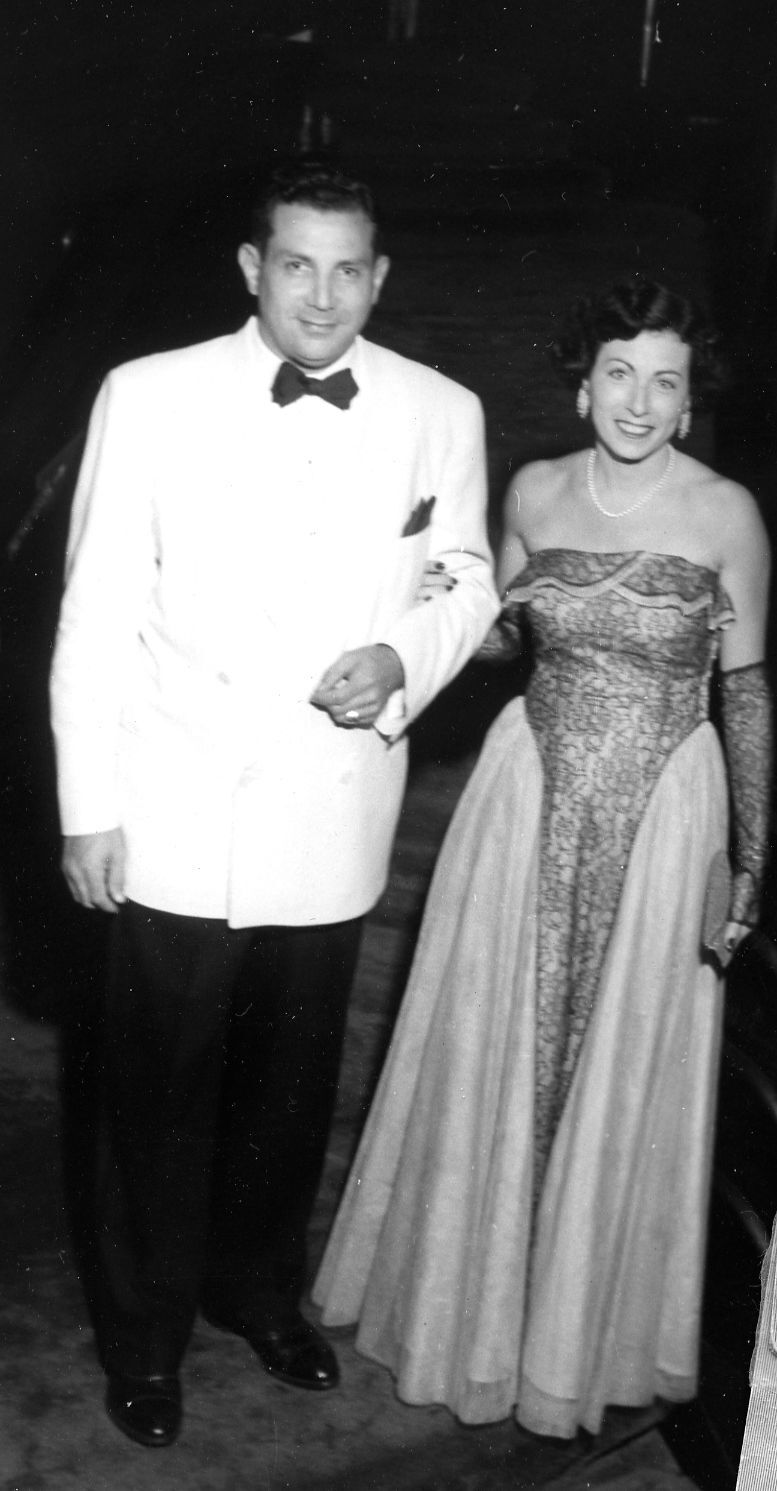 Lew & Selma Davis in 1948 on their honeymoon aboard The New Amsterdam. 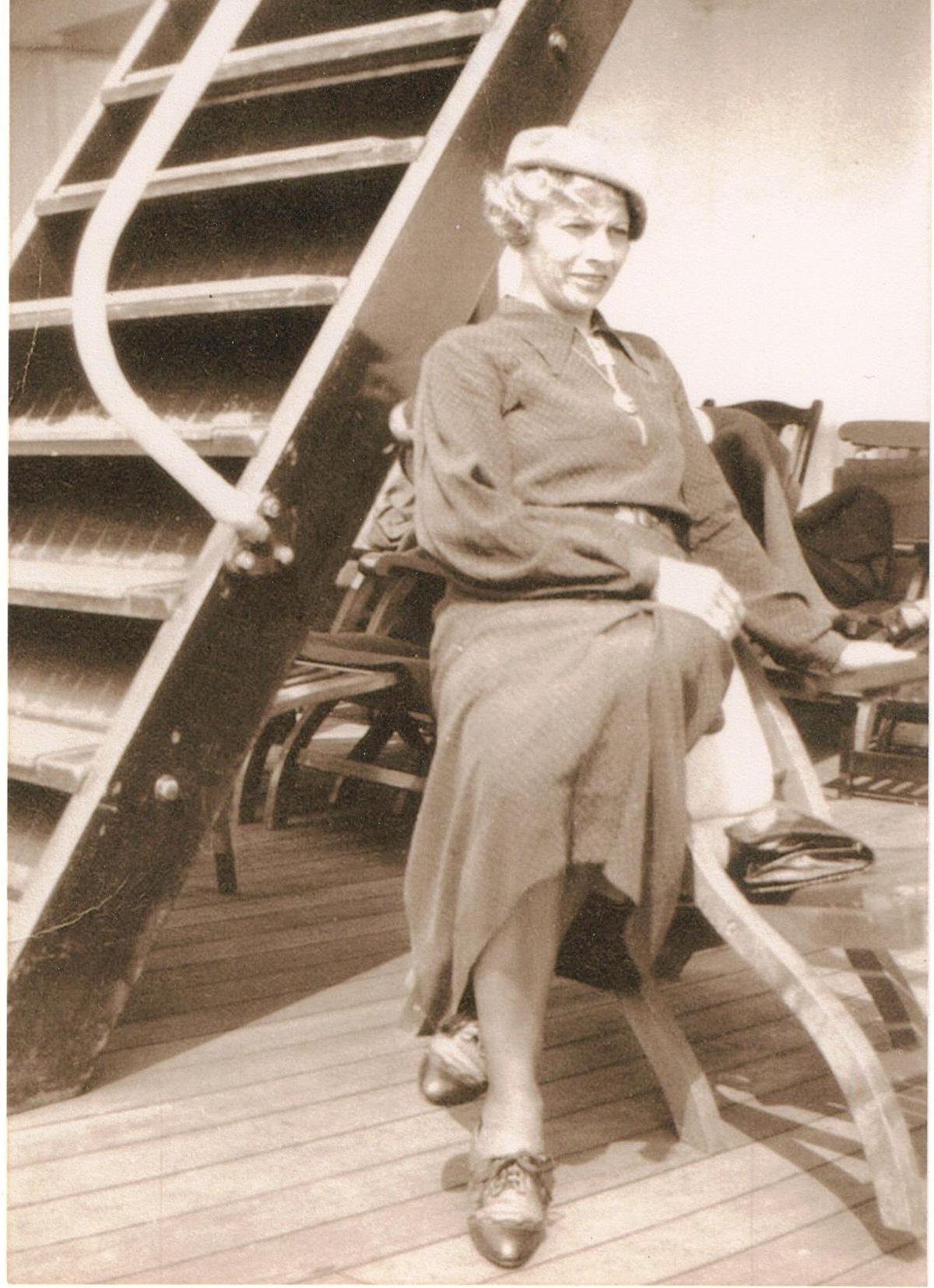 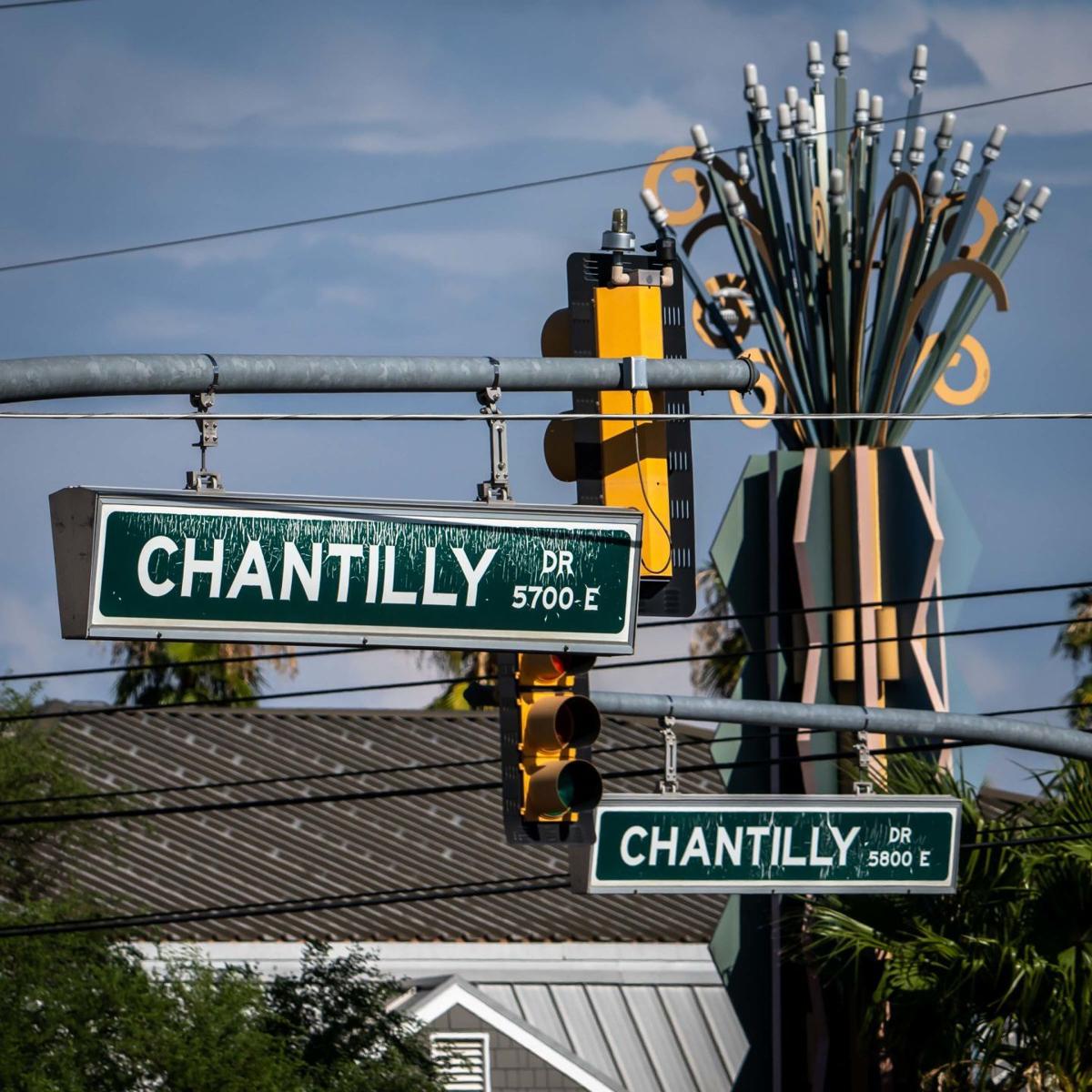 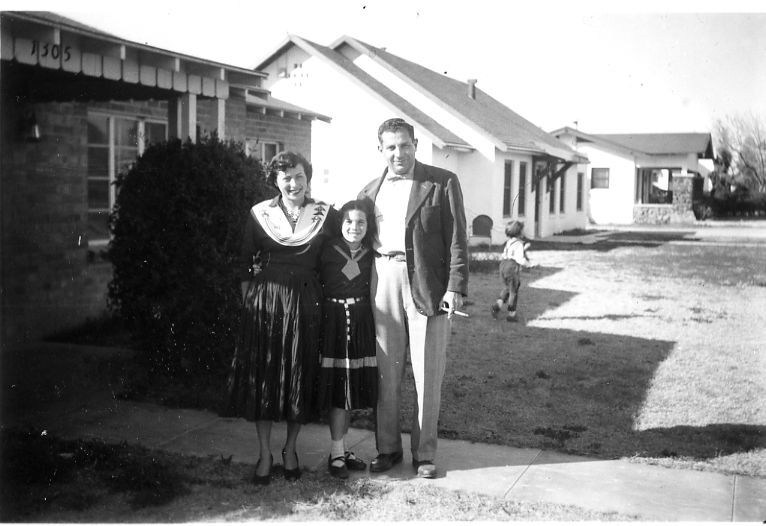 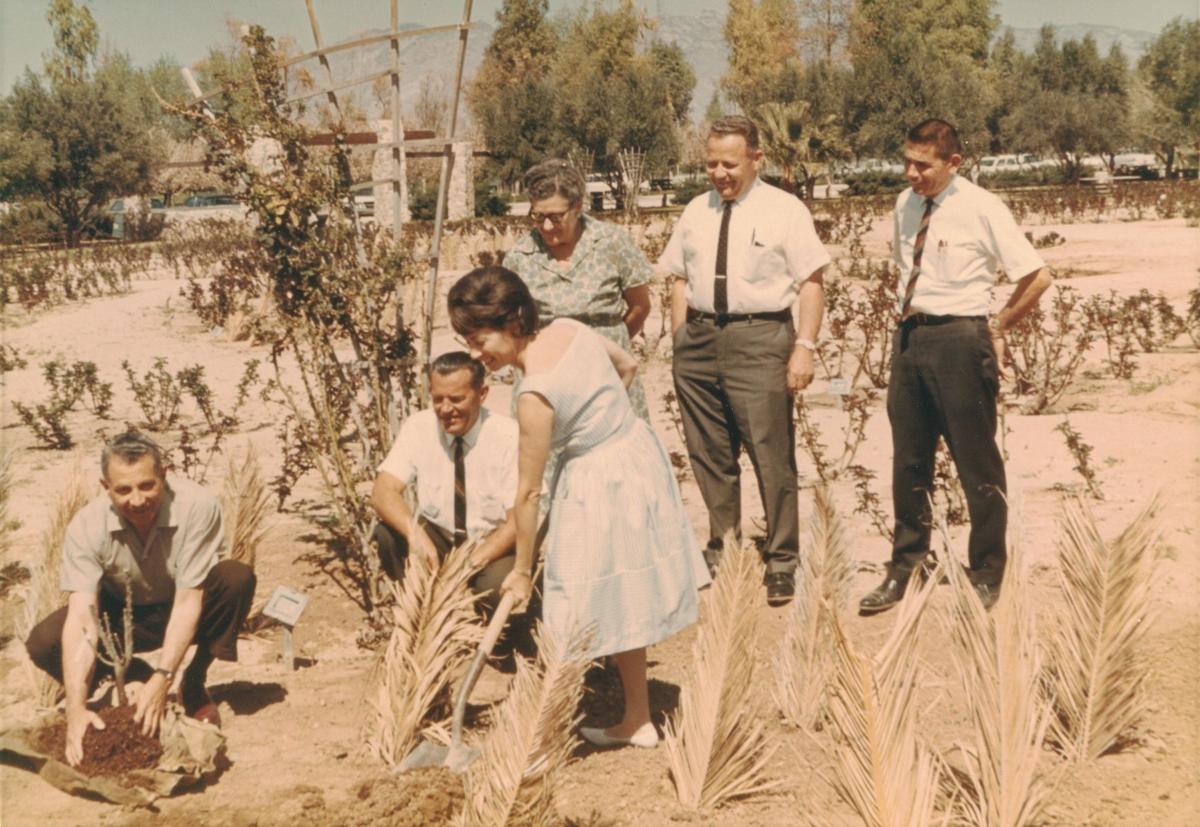 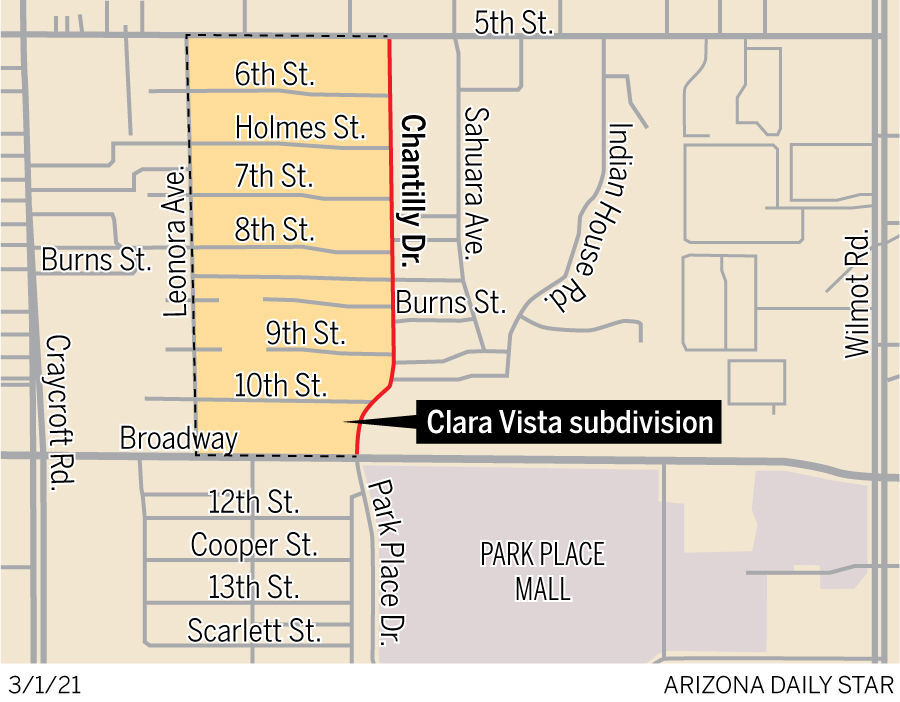 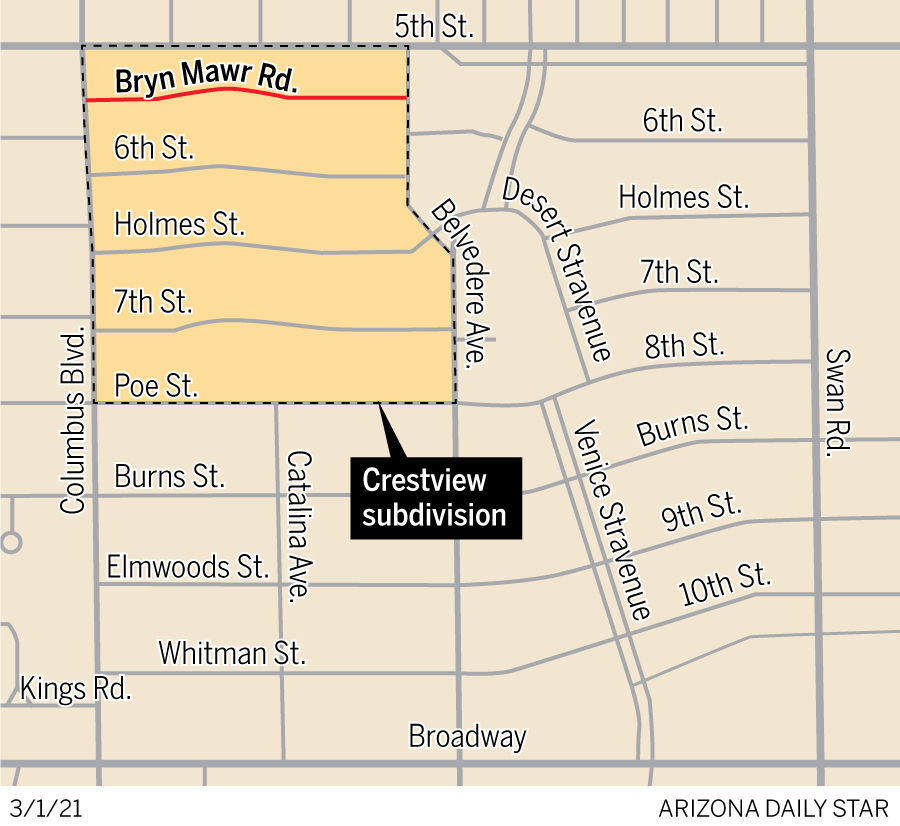