Mine Tales: San Manuel was once world's largest underground copper mine
Share this
1 of 2 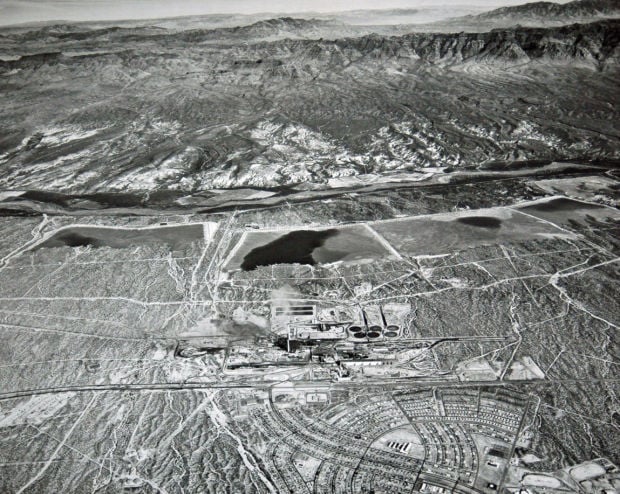 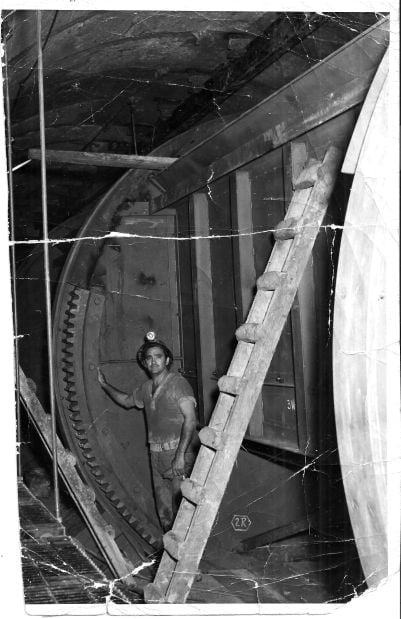 Located in the Lower San Pedro River Basin 40 miles northeast of Tucson and a mile south of the Mammoth-St. Anthony Mine, the San Manuel area enticed 1880s prospectors attracted to the copper-stained exposures of Red Hill and other nearby localities.

The San Manuel group of mining claims was found in the 1920s and ’30s. Several claimants initiated exploratory drill holes in the area in search of a substantial ore body that would yield profit.

Concerned about potential copper shortages during World War II, the United States government classified copper as a strategic wartime metal in July 1942. As a result, extensive test drills were undertaken by the Magma Copper Corp., which by then owned an interest in the property.

The San Manual Copper Corp. formed as a subsidiary of the Magma Copper Co. to carry on the exploration, revealing reserve estimates for copper ore that totaled 30 million tons, averaging 0.80 percent copper.

Two 2,950-foot production shafts were initiated the following year. Beginning in 1956, smelting operations commenced, and the San Manuel Mine concentrated on copper production with byproducts including molybdenum, silver and gold. A sulfuric acid plant was built in 1974 to convert sulfuric dioxide gas from the smelter’s converter into sulfuric acid which could be marketed as a byproduct.

Magma Copper Co. used the Del Webb Construction Co. in the master design of the company town of San Manuel. Established in 1953, it was Del Webb’s first master-planned community in Arizona.

Shopping facilities, schools and a hospital owned by the Magma Copper Co. were established to service the company’s employees. The town reached a population of 5,000 people and included 1,200 homes by the early 1990s.

By the 1980s, the San Manuel mine was the largest underground copper mine in the world in terms of production capacity, size of the ore body and infrastructure. It also included the similarly sized “Kalamazoo” ore body a mile to the west, which was a faulted segment of the San Manuel ore body.

Mining operations during the 44-year life of the mine included underground block-caving methods that extracted more than 700 million tons of sulfide ore that was processed at the mill, smelter and refinery. Open-pit mining and a heap leach facility were initiated in 1985 to extract and process 93 million tons of oxide ore over 10 years.

BHP Billiton acquired the property through a merger with Magma in 1996. Mining operations ended in 1999 due to the decline in mineable ore reserves, along with sinking copper prices from a high of $1.39 per pound in 1995 to 65 cents in 1999. The mine, closed in 2003, holds the distinction of being the largest open-pit reclamation project undertaken in Arizona history, completed in 2006.

William Ascarza is an archivist, historian and author. Email him at mining@azstarnet.com