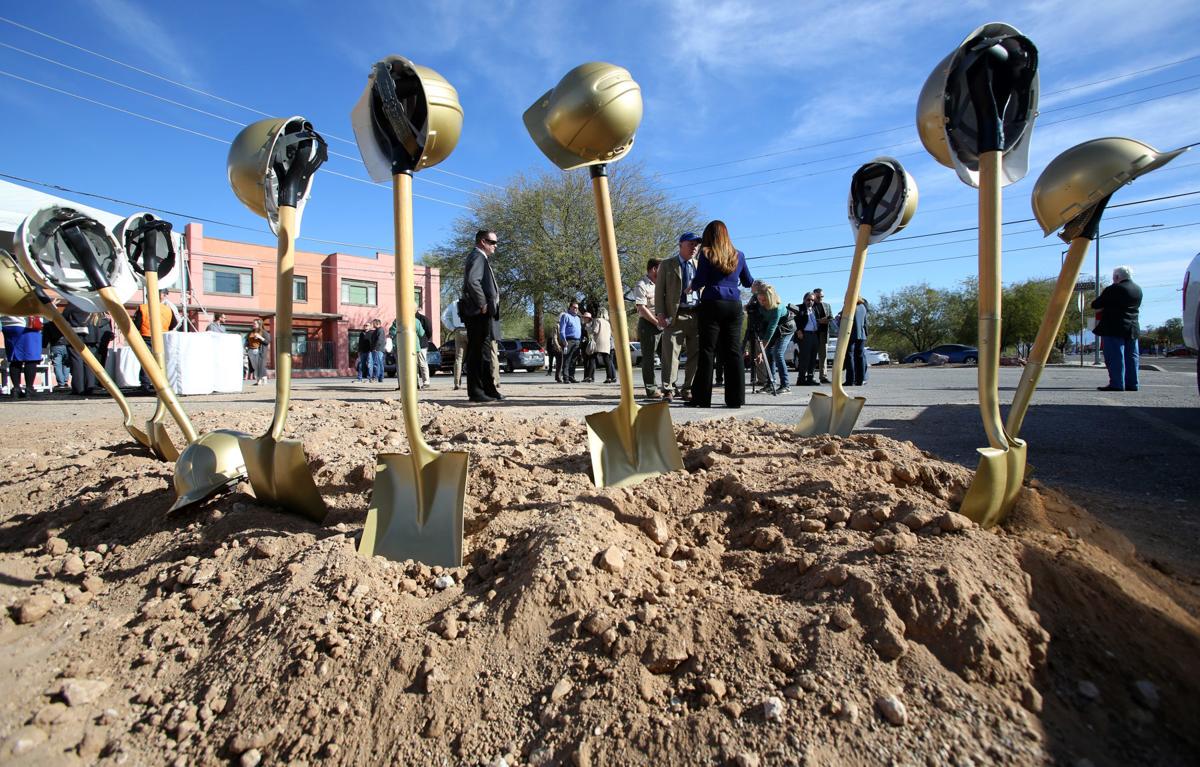 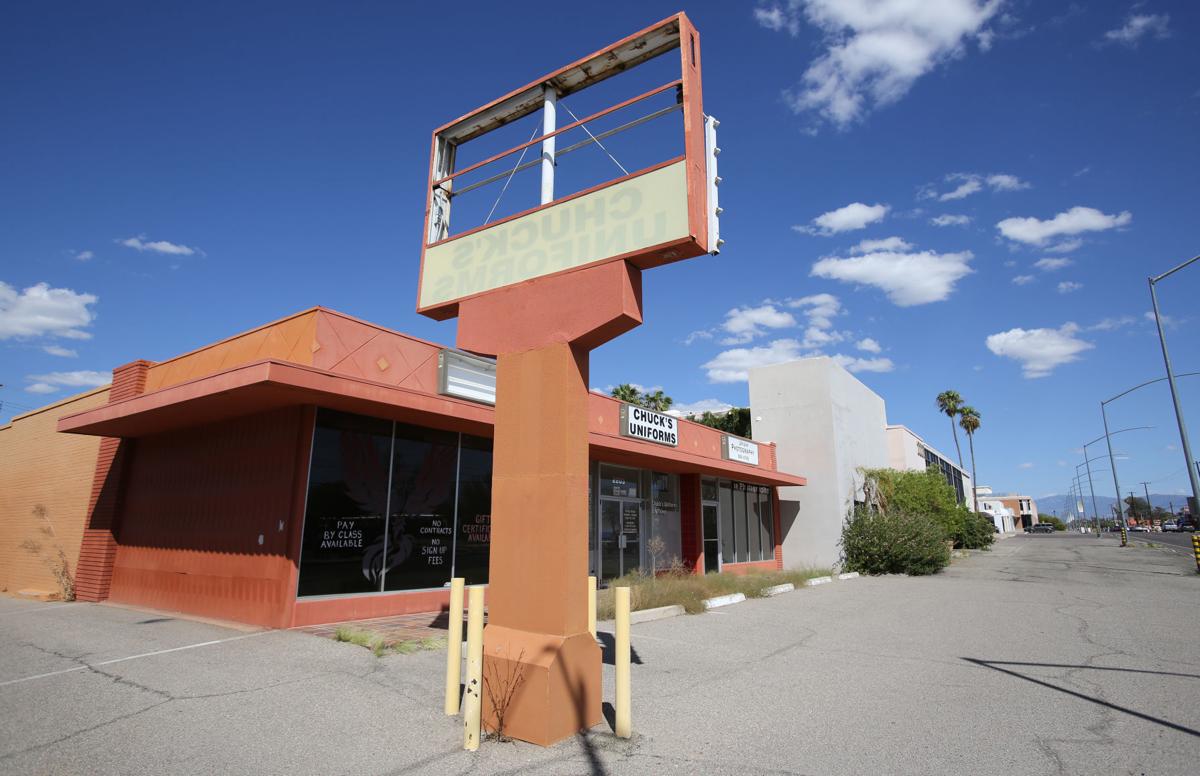 The Broadway widening project will run for 2 miles, from Euclid Avenue on the west to Country Club Road on the east. The cost of the project is estimated at $72 million. 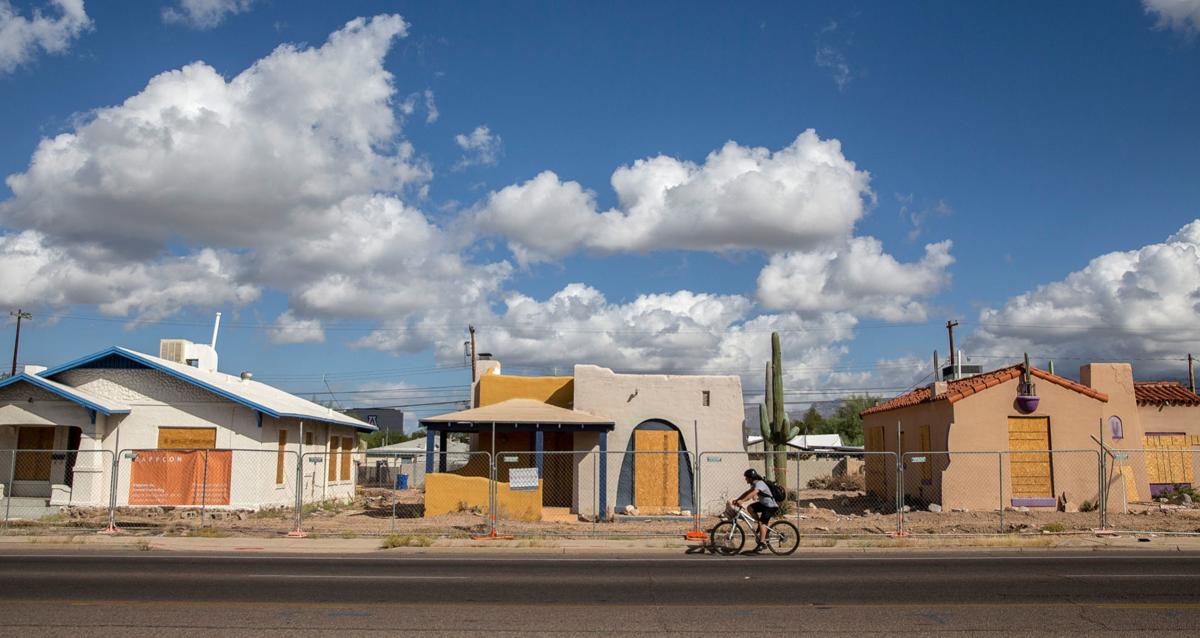 Architecturally notable bungalows in the 1600 block of East Broadway, between Cherry and Warren avenues, will be moved to accommodate the widening of the road.

By next week, construction crews will start the 20-month Broadway widening project.

It’s an effort to make driving, riding a bike and walking more efficient and safer near downtown.

Bike lanes are being widened from 3 feet to 5 feet.

There’ll be continuous sidewalks on both sides of Broadway, and High-Intensity Activated Crosswalks.

The nearly $72 million project will serve as a “gateway to downtown Tucson and a major link to the Barraza-Aviation Parkway, Downtown Links and Interstate 10,” according to the Tucson Department of Transportation.

TDOT selected Ashton Contractors and Engineers to complete the project. There’s a penalty if the project exceeds the 20-month completion window.

Crews will start at the northeast corner of Euclid Avenue and work to the east along Broadway. This phase will require deep excavation and will take about 10 months to complete, Rogers said. Traffic will be reduced to three lanes, with a turn lane for motorists in both directions on Broadway.

Phase 3: Once the drainage improvements are done, crews will begin work on the south side of Broadway, a six- to eight-month time frame.

Phases 4 and 5: The final touches include installing medians for turning vehicles, landscaping and public art. This should take about four months.

Rogers noted that work in the phases can overlap.

Here are some topics and questions that were raised during last week’s presentation:

Pedestrian access will be maintained on only one side of Broadway during the project. It’ll switch sides depending on specific work that’s being done.

Access to businesses will be maintained throughout the project, Rogers said. Business-access signs will be up in the construction area. Businesses with alleyway or rear parking are encouraged to still have parking in those areas.

Crews will be maintaining bus stops where there are safe and ADA accessible stops. There will be proper signage for any stops that need to be moved temporarily.

What about access for University of Arizona students? There will be attempts to limit closures on Highland Avenue, which leads directly to the main campus. UA classes resumed Jan. 15.

What time will crews work? During the winter, residents will see crews working from about 7 a.m. to 4 p.m. That will change to 6 a.m. to 3 p.m. (or later) during the summer.

Four-month project to close section of La Cholla in Oro Valley: North La Cholla Boulevard will be closed Jan. 27 through traffic between West Lambert Lane and West Overton Road — about 1.5 miles — for an improvement project until April 22.

Access to homes, churches and other facilities will be maintained, but pedestrians and bicyclists are asked to avoid the closed section of La Cholla.

Motorists should use North La Cañada Drive as an alternate route.

The town of Oro Valley said the “contractor’s personnel and heavy equipment near a retaining wall constructed for the project” does not provide adequate space for motorists.

But the bill faces an uncertain future and a possible legal challenge.

Project will widen freeway, construct bridge over I-10.

The Broadway widening project will run for 2 miles, from Euclid Avenue on the west to Country Club Road on the east. The cost of the project is estimated at $72 million.

Architecturally notable bungalows in the 1600 block of East Broadway, between Cherry and Warren avenues, will be moved to accommodate the widening of the road.