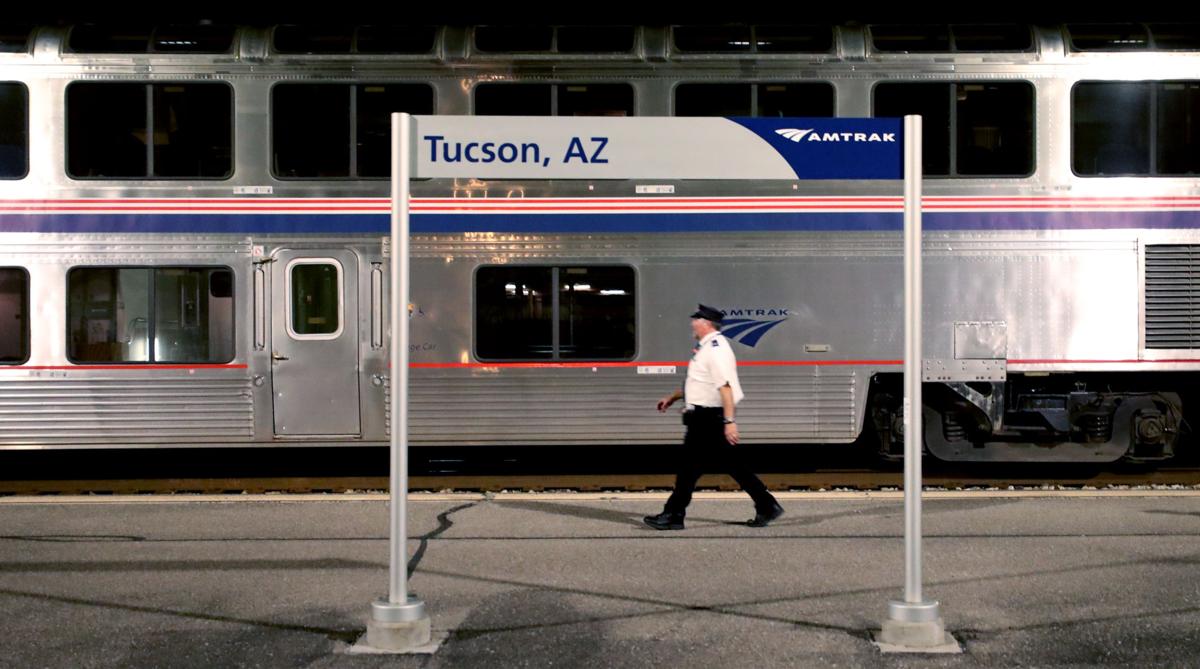 Key to setting up rail service between Tucson and Phoenix will be congressional approval of a law that would enforce passenger trains’ priority over freight trains when on the same tracks. As it stands, Amtrak service into Tucson from the east is routinely delayed by freight trains. 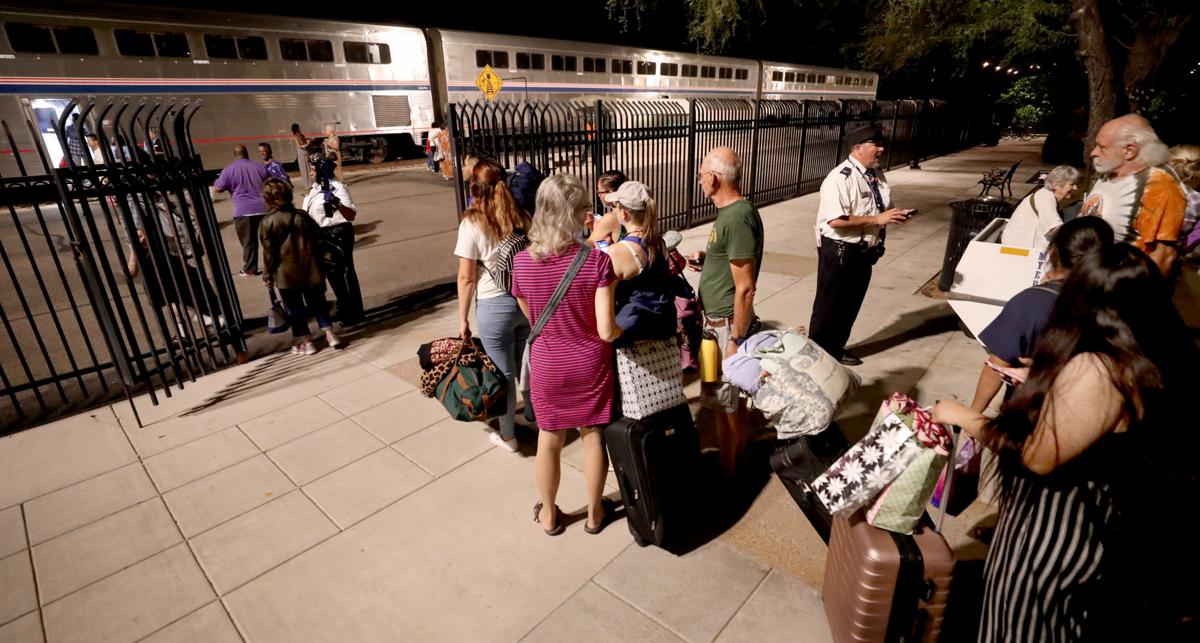 Passengers lined up to board Amtrak's west bound Sunset Limited from the depot in Tucson in this 2019 photo.

People have been dreaming of this for years, decades even.

Could it really be as simple now as passing an infrastructure bill?

The mayors of 11 cities sent a letter to Arizona’s members of Congress on Tuesday asking them to vote for an infrastructure bill that includes funding for expanding Amtrak passenger rail service around the country, potentially setting up new service between Tucson and Phoenix with additional service to Los Angeles.

Mayors Regina Romero of Tucson and Kate Gallego of Phoenix, both Democrats, led the list of signatories, but it also included a half-dozen Republican mayors from the two metro areas. Among them: Ed Honea of Marana, Tom Murphy of Sahuarita, John Giles of Mesa, Jerry Weiers of Glendale, Georgia Lord of Goodyear and Kevin Hartke of Chandler.

“I could take the bus from my house, get on the train, go to Phoenix, get an Uber to my meeting, and never have to get in my car at all,” Romero told me Tuesday. “There’s a lot of people who drive alone up to Phoenix. Thinking about the idea of taking people off I-10 is really, really exciting.”

It is, of course, an enduring hope, one that some of us have been wishing for over years and years. The idea is fewer cars can mean fewer accidents on that dangerous stretch of interstate. It also means less pollution and less need for widening in the future.

Also, being on the train means you don’t need to focus on the road and can work or read or watch videos or whatever you want.

The idea has obvious logic but has run into the usual big obstacle: money.

The Arizona Department of Transportation led a deep study into high-speed passenger rail between Tucson and Phoenix that came out in 2015. It estimated the potential costs, chose a route, and left it to the people and the politicians to make it happen.

The price tag of about $5 billion probably had something to do with that. This is not a state that, when it thinks about transportation, thinks much beyond paving roads and widening them.

But the Amtrak proposal the mayors are talking about would be a cheaper alternative, albeit slower as well. It would not be a bullet train.

Amtrak has proposed a route between Phoenix and Tucson that would use existing rails, not build a lot of new track, as the high-speed proposal entailed. That makes it cheaper.

Amtrak is also hoping to convince Congress to pass a federal law, already passed in the U.S. House, letting it use the courts to enforce passenger trains’ priority over freight trains when on the same tracks. The two proposals would work well together and could potentially make regular intercity service more attractive to the general public.

As it stands, Amtrak service into Tucson from the east is routinely delayed by freight trains.

Ken Karrels, a rail enthusiast who is on the boards of the Southern Arizona Transportation Museum and All Aboard Arizona, noted that freight trains are the culprit for Amtrak’s tardiness in Tucson.

“The train leaves out of New Orleans on time,” he said. “It gets to about Alpine, Texas, and boom, it’s four hours late.”

Passage of the infrastructure bill wouldn’t guarantee Tucson-Phoenix-L.A. service. It is one of many areas of expansion Amtrak has proposed, which would be part of $66 billion in total railroad funding in the bill.

The idea is that the infrastructure bill could provide initial funding for the route and cover the first several years of funding. That would give the concept a chance to prove itself.

“Here in the West, we don’t see rail as transit,” Romero said. “It should become part of our psyche as transit.”

It’s also something the state’s leaders, like Gov. Doug Ducey, whose office did not return my email about the proposal, should find it easy to support. Consider it a test run of the longer-term prospects of passenger rail, one that doesn’t require us to take the leap of billion-dollar bullet trains for now.

As Mayor Honea of Marana noted: “This is not a partisan issue. We want to bring a train to the region.”

It’s an idea that suddenly seems within reach. It would be a shame not to give it a try.

Christmas tree made of garbage unveiled in London

Christmas tree made of garbage unveiled in London

Eleven mayors of Arizona cities asked Congress to pass the infrastructure bill and get Amtrak passenger service between Tucson and Phoenix.

Key to setting up rail service between Tucson and Phoenix will be congressional approval of a law that would enforce passenger trains’ priority over freight trains when on the same tracks. As it stands, Amtrak service into Tucson from the east is routinely delayed by freight trains.

Passengers lined up to board Amtrak's west bound Sunset Limited from the depot in Tucson in this 2019 photo. 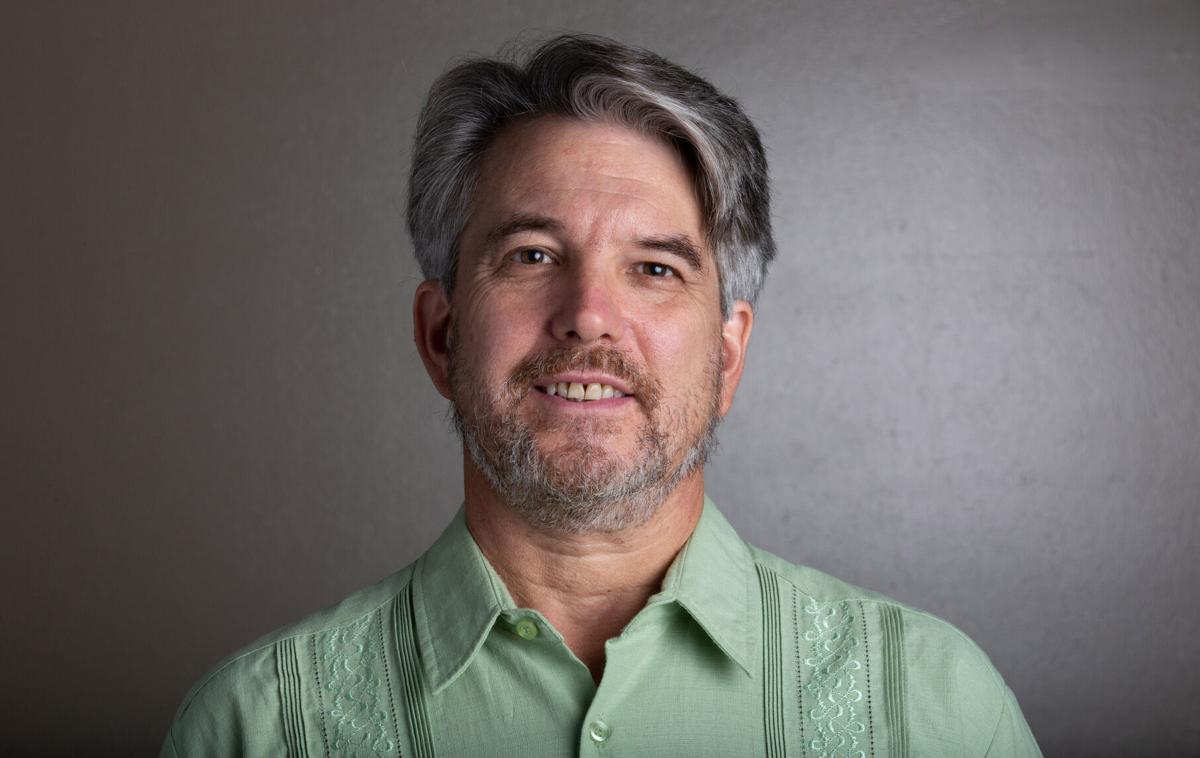