A teen-led program through El Rio Health Center has provided more than 4,000 teenagers with access to reproductive health services and education since 2018, with organizers saying many of those patients would not have sought services elsewhere.

“Teens teaching teens is less awkward than what they teach us in school,” 16-year-old Emily Morel said. “And the adults who we work with don’t undermine us.”

The project came to be because of Joy Baynes, a nurse practitioner with a background in reproductive health who joined El Rio after spending several years working for the Washington, D.C.-based group Advocates for Youth, an initiative that aims to decrease barriers to teens accessing contraception.

In October 2016, her former boss at Advocates for Youth reached out to ask if Baynes was interested in writing a grant proposal for Tucson. The idea was if the project was funded, the group would allow young people to design the program based on their expressed desires and needs, Baynes said.

The funding was approved in December 2016, and from March through June of 2017, Baynes held focus groups made up of young people from various backgrounds, including teens experiencing homelessness, living in foster care, those who were previously incarcerated and teens with substance-abuse issues.

The teens gave input into what they wanted to see in the program, including access to same-day appointments, extended hours, transportation and walk-in clinics.

Arizona law allows people under age 18 to consent to contraceptive and sexually transmitted infection services without parental notification, but about 60% of El Rio’s teen clinic patients have conversations with their parents before or after appointments, Baynes said.

Arizona ranked 18th in the nation for teenage births in 2016, the U.S. Department of Health and Human Services says.

In 2017, Pima County had a teen birthrate of 27.1 births per 1,000 women, which was higher than the U.S. teen birthrate of 24.7, according to the University of Arizona’s Making Action Possible Dashboard. The program used data from the CDC, National Vital Statistics System and County Health Rankings to measure teen birthrates in the state.

Compared with other counties in Arizona, Pima County had the second-lowest teen birthrate in the state, with MAP Dashboard showing a steady decline in teen births in the U.S., Arizona and Tucson since 2006.

“While they were doing that, I worked more on the clinical side with feedback from young people,” Baynes said. “We started off with one walk-in clinic at El Pueblo, and at first nobody came, so we were kind of like, ‘Is this the right model?’”

The youth leaders began spreading the word on social media and the project “blew up,” Baynes said.

Now El Rio offers six walk-in clinics throughout Tucson, with two more launching soon, including Saturday hours. There are two to three project clinic options every week, including the weekly teen clinic at the Congress Street location every Thursday afternoon.

“They are packed. We’ve actually had to turn young people away,” Baynes said. “Our commitment is to get them services within 24 hours of their need, so we have providers who have agreed to accept patients if the clinic is full or if there’s a need and the clinic isn’t available for another week.”

When the walk-in clinics first started to get busy, as many as 25 patients would show up for services. Because a lot of procedures take time, clinic capacity had to be capped at 15 to 18 patients.

Since the project’s inception, 4,057 teenage females have been seen by El Rio health-care providers as part of the program and contraceptive methods were provided to an additional 529 teens, Baynes said.

A pilot study of the program found that out of the nearly 100 youths who attended a peer-led education session, more than 60% chose to have a clinical visit with a provider, according to data provided by El Rio.

The project also offers the AZ Shine teen-only appointment line, available Mondays through Saturdays. This is the quickest way to schedule an appointment, due to hold times of less than three minutes.

The teens designed the process to be as easy and stress-free as possible. Patients aren’t required to bring identification or any documentation, and all appointments are free. Staff will try to get contact information so that they can notify the patient of any test results, and medical assistants don’t ask any questions.

After a patient is registered, the project’s teen leaders will provide education on birth control and sexually transmitted infections, along with a survey to gauge what they know and their attitudes about certain topics. At the end of the education session, the patient will take the same survey to see what they learned.

This approach reduces counseling time with medical providers, if the patient knows what they want, and provides a very different experience than a typical doctor’s visit, Baynes said.

“It’s all about their life planning and we talk to them about their goals, when they see themselves having children and what they want to accomplish before they have children,” Baynes said. “Usually, our teen patients lead themselves to their method of contraception based on our conversations with them.”

Another thing that’s different about the teen clinic is how test results are handled. Many clinics and providers only call about infection results if they come back positive. In teen clinic, all patients receive a phone call, regardless of the results.

The contraception methods of choice in teen clinic have historically been arm implants and birth-control pills, but IUDs are also gaining in popularity, Baynes said.

Baynes coordinates with El Rio’s 13 providers who participate in the program, but the project’s teen leaders handle the rest, including advertising on social media and arranging transportation for patients in need, either through a taxi company or ride-share service, depending on the patient’s age.

“They’re the face of the organization,” Baynes said, adding that the teen leaders also attend all El Rio foundation events and provide presentations for supporters.

The project has 10 paid teen leaders, but can also take volunteers. Each teen usually works one to two shifts a week, including clinics, parties and manning tables at community events.

Prior to receiving the Advocates for Youth grant, which provided $75,000 a year for three years and is set to end this year, El Rio had already committed to providing free reproductive health services for teens. Since the program’s start, the project has also received $90,000 in local funding.

Baynes is still working with Advocates for Youth to secure additional funding, but local funding will provide for the program until at least 2020.

“I’m confident we’ll continue to be funded doing our same work, through local funders because we keep getting money poured in through them. They really believe in the youth component of the project,” Baynes said. “We’re also going to start doing more outreach with the refugee community here, so we’re seeking that kind of funding as well.”

Miranda Escobar, 19, has been involved with the project since the start, participating in the focus groups Baynes held in the months leading up to the program’s launch. As a member of Child and Family Resources’ advisory council, Escobar was already participating in monthly school-based programs teaching about healthy relationships and other topics when she learned about the project.

Escobar, a sophomore at the University of Arizona, is undecided on her major, but says education is going to be a “huge” part of her career.

“I’m always going to be an advocate for sexual and reproductive health,” Escobar said during walk-in clinic hours on a Wednesday in June.

This particular clinic event was held at El Rio’s El Pueblo Health Center, on Tucson’s south side. Escobar said El Pueblo’s walk-in hours are usually busy, but other clinics have been getting busier in recent months.

Emily Morel got involved with the project through a friend who worked with the program, saying that most of the teen leaders are brought in by friends.

Case in point: Morel’s younger brother Daniel began working with the project about a year ago, after he started going to clinics to support his sister.

While Daniel Morel said his favorite part about his job is organizing everything, Emily Morel says she most enjoys the teaching aspect, seeing the patients’ reactions and receiving feedback.

Emily Morel said she eventually wants to become a lawyer.

Daniel Morel said he thinks patients are more open to talking to the teen leaders, since they’re in the same age group. While he’s not decided on a career path, he said he sort of wants to go into health care.

“I feel like this has been a great learning path to teamwork and helping the community,” he said.

Jessica Diggles, 17, who also came to the project by way of Emily Morel, said since she started working with the program about 15 months ago people at her school have approached her to share experiences and ask questions.

“I like getting to help people around my own age. Peer-to-peer,” Diggles said. “It’s uncomfortable for people to talk about these things with adults sometimes.”

Diggles said she wants to be a nurse when she grows up, adding, “like Joy.”

Teen clinic hours and locations for July and August

Teen walk-in clinics are offered from 2 to 5:30 p.m. the following days and locations:

Monday, Aug. 19 at the Birth and Women's Health Center

To schedule an appointment through the RHAP teen-only appointment line, call 297-4463, or "AZ-SHINE."

Tucson police have released the name of the man killed when struck by two vehicles on the city's east side Friday night.

14 photos of Linda Ronstadt through the years

Take a look at the Tucson native and legendary pop and country singer Linda Ronstadt.

Tucson weather: Excessive heat warning in place for start of the work week

The National Weather Service has issued an excessive heat warning for Tucson from 10 a.m. Monday to 8 p.m. Tuesday as isolated storms visit ot…

Tucson 'sanctuary city' initiative certified to be on November ballot

An initiative to make Tucson the state’s first “sanctuary city” has qualified for the November ballot, officials say.

U.S. Rep. Ann Kirkpatrick: "We have no choice but to open an impeachment inquiry"

The Tucson Congresswoman stood on the floor of the House of Representatives Tuesday morning to say she's convinced that the President has become openly defiant, directing staff to ignore subpeonas and other Congressional requests.

The boards' action today could affect a planned vote at the City Council tonight. 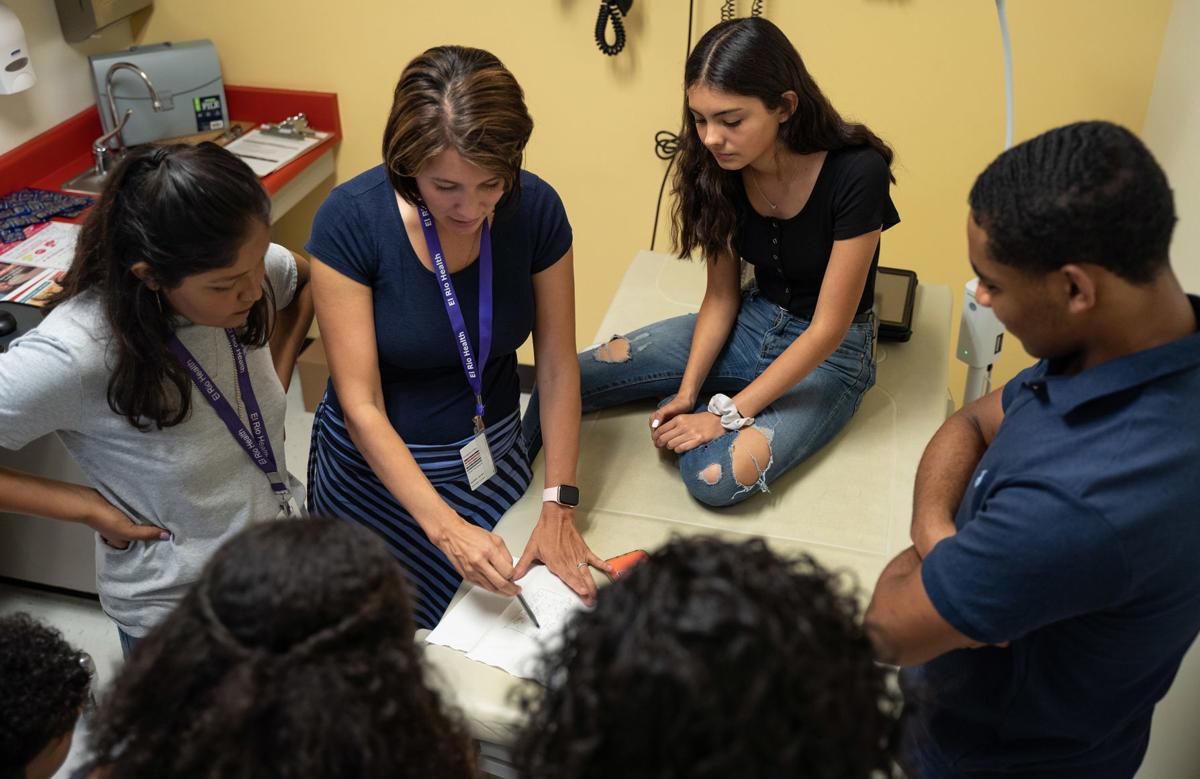 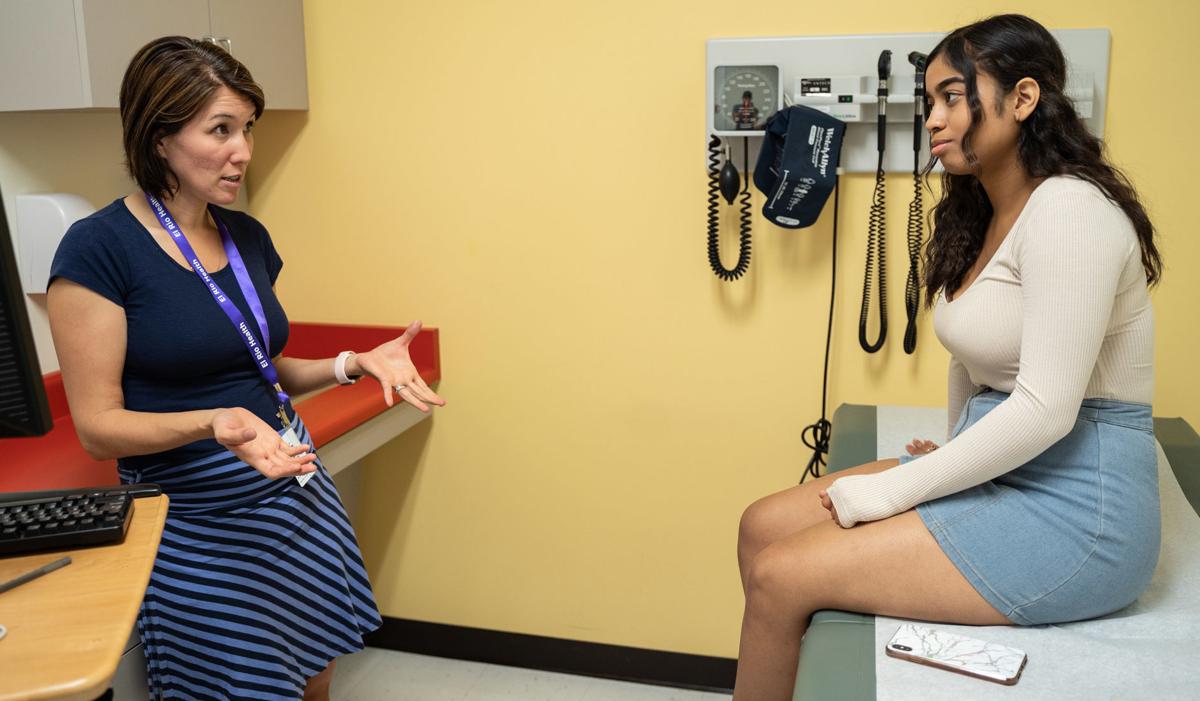