One day after the ninth anniversary of Tucson’s Jan. 8, 2011, mass shooting, Mayor Regina Romero announced she will join Mayors Against Illegal Guns and create a local task force on gun safety and violence prevention.

In her first action since being elected mayor, Romero said she wants the Tucson community to know that gun violence and public safety are top priorities for her.

“Gun violence has affected our community for decades. It’s nothing new,” she said at a news conference Thursday. “Tucsonans are concerned about gun violence, and rightfully so. It is a public health concern.”

By taking the Mayors Against Illegal Guns pledge, Romero is joining a coalition of over 1,000 mayors across the country who have committed to addressing gun violence in their communities and working toward gun safety reforms at the local, state and federal levels. Romero will also collaborate with several community groups, including Moms Demand Action for Gun Sense, the Survivor Network and March for Our Lives Arizona.

“Gun violence is a very complicated issue. It’s multifaceted,” said Joshua Ashton, political director for March for Our Lives Arizona. “There’s all sorts of different forms of gun violence. There are the shootings that we’re all too aware of, but there’s also domestic violence, suicides and so many others. It’s not up to a single entity to prevent gun violence. It really takes a collaborative effort.”

In addition to the mass shooting on Jan. 8, 2011, which killed six people and injured 13 others, Tucson also experienced a mass shooting in 2002 when a student shot and killed three professors at the University of Arizona College of Nursing.

“It is completely legal in the state of Arizona to walk into a parking lot and buy a AR-15 with cash from the trunk of a car, no questions asked,” said Councilman Steve Kozachik. “People are losing their lives because nobody at the state Legislature and nobody at the federal government has had the guts to say that is absolutely not what the intent of the framers of this Constitution had in mind when they crafted the Second Amendment.”

Romero said she will also create a task force to promote community safety and prevent gun violence in the city. The task force will be made up of gun violence survivors, students and youth, neighborhood leaders, mental health professionals and public safety officers.

One of the goals of the task force will be to create strategies to address gun violence in communities that are disproportionately impacted.

“We must acknowledge that gun violence disproportionately affects Black, Native American and Latino populations, as well as low-income communities. Women and people of color bear the worst of gun violence in this country,” she said.

Other goals of the task force include increasing public awareness and education on gun safety, advocating for legislation and supporting and funding behavioral health awareness training for first responders. The group also plans to collect data to better understand gun violence in Tucson by analyzing trends in gun suicides, homicides and nonfatal injuries over time and mapping gun violence incidents to identify the neighborhoods and individuals most impacted.

“We must continue to be proactive. We do not need to wait for federal legislation to act locally,” Romero said.

Roxanna Green, the mother of Christina-Taylor Green, the youngest victim of the 2011 mass shooting, attended the news conference.

“I’m really proud that (Mayor Romero) is stepping up and taking this step in a red state.”

Green said gun safety has to be thought of as more than a fight between different political parties.

“I want it to be known that my family is working toward collaboration. I’m not anti-gun. My husband grew up on a farm. We own guns,” she said. “We’re not trying to come for your guns. We just want common sense gun legislation to save lives.”

After watching Romero sign the pledge at the news conference, Green embraced Romero and said, “Thank you for doing this for my daughter.”

Arrests are part of a police investigation into the overselling of alcohol, drunken fights and other criminal behavior downtown. 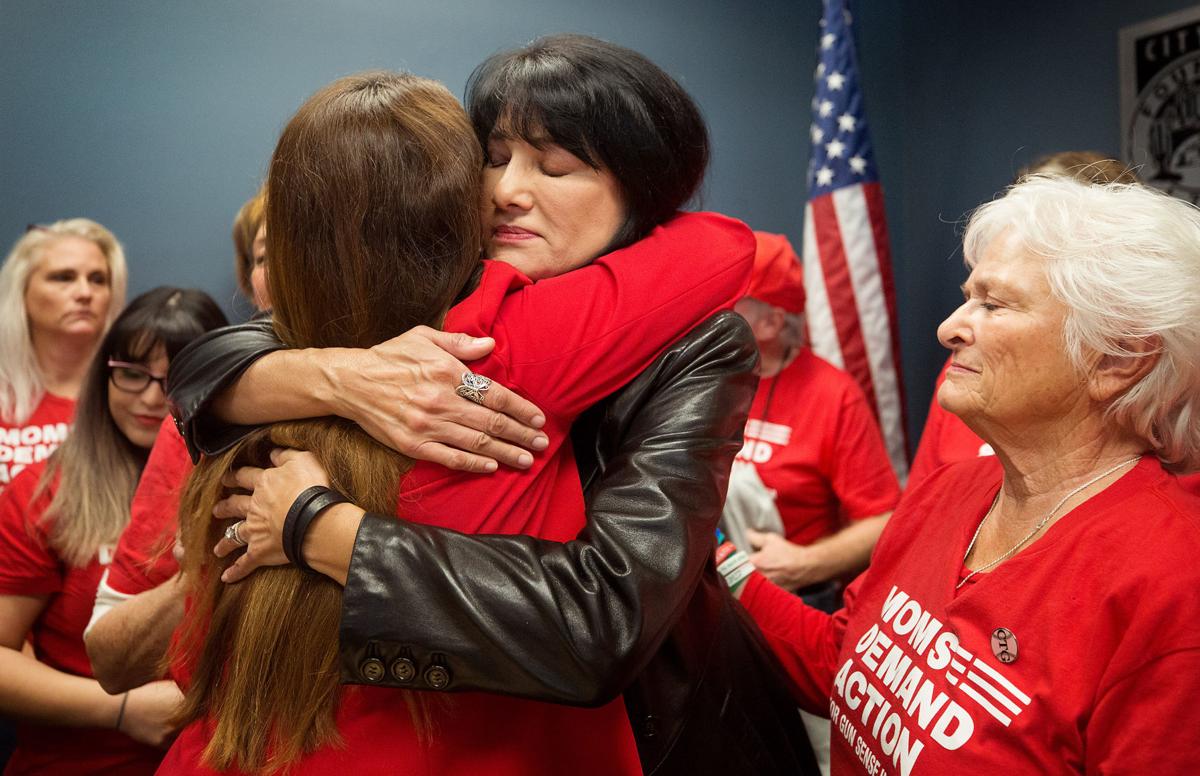 “Thank you for doing this for my daughter,” says Roxanna Green, facing camera, as she hugs Tucson Mayor Regina Romero. Romero had just signed a proclamation Thursday to join Mayors Against Illegal Guns, a bipartisan coalition fighting to curtail gun violence nationwide. 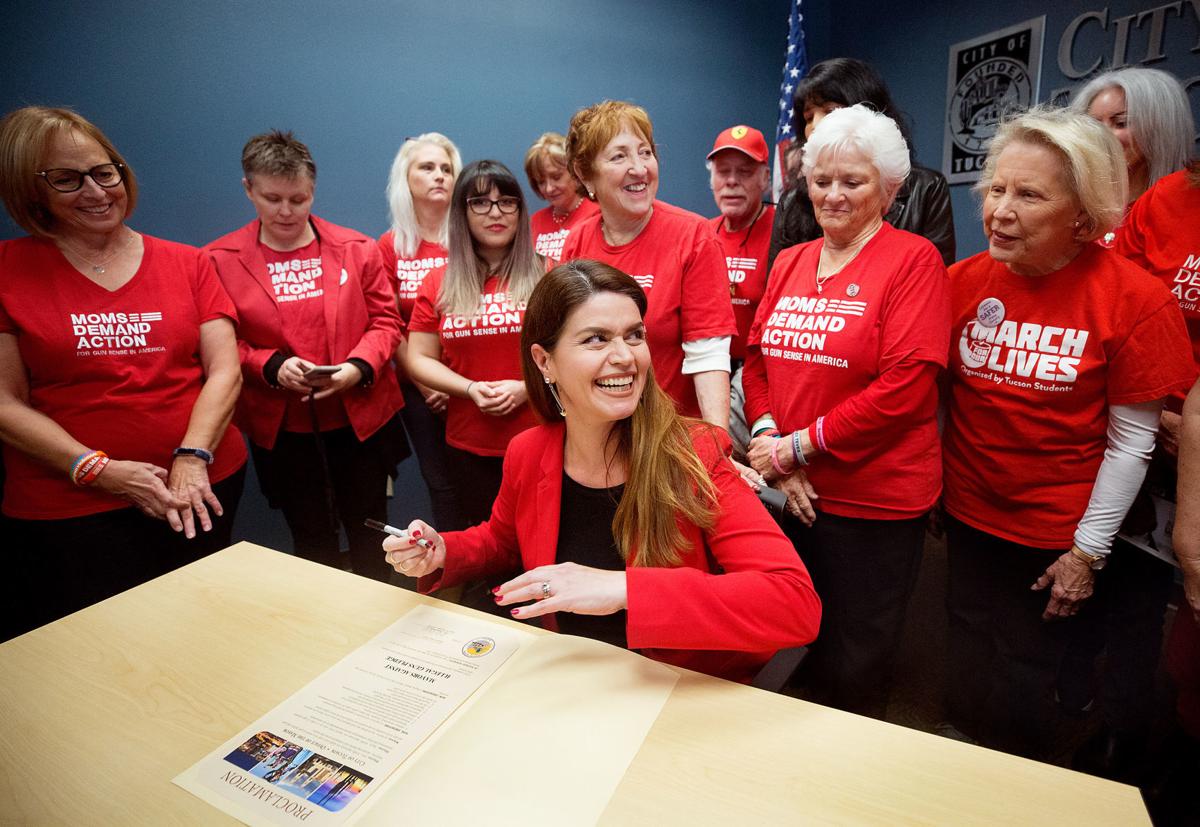 Surrounded by members of Moms Demand Action, Tucson Mayor Regina Romero signs a proclamation to join Mayors Against Illegal Guns, a bipartisan coalition of mayors fighting to end gun violence nationwide during a press conference on January 9, 2020 at Tucson City Hall. MAIG is a program of Everytown for Gun Safety.