The Tucson-based Center for Biological Diversity and two other conservation groups filed for a court injunction Tuesday to halt border-wall construction in three federal preserves in Arizona.

The center, Defenders of Wildlife and the Animal Legal Defense Fund want construction to be blocked in Organ Pipe Cactus National Monument, the Cabeza Prieta National Wildlife Refuge and the San Pedro Riparian National Conservation Area until a lawsuit challenging the project can be heard.

The three groups filed their motion for a preliminary injunction in U.S. District Court in Washington, D.C., to stop work they claim could begin as early as next week.

The center and other groups have repeatedly sued the Trump administration, most recently in July, for waiving environmental reviews and other laws to rush border wall construction through protected areas.

“It’s senseless to let bulldozers rip a permanent scar through our borderlands’ wildlife refuges and national monuments before the court decides whether the waiver is legal,” said Jean Su, an attorney at the center, in a written statement.

“Trump’s ignoring laws and diverting funds to build this destructive border wall. His grotesque barrier would destroy some of the border’s most spectacular and biologically diverse places. We’ll do everything in our power to stop that.”

In a recent email to Su, Justice Department attorney Galen Thorp said barrier construction was slated to start the week of Aug. 12 in Organ Pipe Cactus National Monument with the delivery of panels and site grading for project trailers.

“Removal and replacement of existing barriers is set to begin around Aug. 21,” Thorp wrote.

Survey work for a new barrier across the San Pedro River also is set to begin next week.

Laiken Jordahl is the borderlands campaigner for the Center for Biological Diversity. On Friday, he posted photos on Twitter showing what he said were new survey stakes in the national monument about 60 feet from the border.

“They’re starting right in the most ecologically important area and the place people are interested in the most,” Jordahl said. “This is the best preserved expanse of Sonoran Desert anywhere. They’re planning to put an impenetrable barrier right through the heart of all that habitat.”

Messages left for the Department of Homeland Security’s press office in Washington, D.C., were not immediately returned Tuesday.

In February, President Trump declared a national emergency at the southern border, where he said a growing security and humanitarian crisis required him to divert Pentagon funding and waive environmental laws to speed construction of his promised wall.

A barrage of lawsuits soon followed, leading to a July 26 Supreme Court ruling that cleared the way for the Trump administration to immediately tap $2.5 billion in military funds for 130 miles of new border barriers in Arizona, California and New Mexico.

Approximately 68 miles of the new barrier is slated for Arizona, where plans call for at least $1 billion from the Department of Defense’s anti-drug smuggling fund to pay for a line of closely spaced metal poles 18 to 30 feet tall across the San Pedro River and elsewhere.

The high court’s decision came after the Sierra Club and the Southern Border Communities Coalition filed a lawsuit in Northern California arguing that the administration was trying to unlawfully use tax dollars for a purpose Congress had refused to approve.

A federal judge agreed with them and blocked the Pentagon funding on June 28.

Then late last month, five Supreme Court justices reversed the injunction and granted the administration permission to use defense funds for the fence while it appeals the ruling of the judge in Northern California.

Jordahl called that ruling a setback for opponents of the border wall, but he said the center’s lawsuit against the Trump administration is a completely separate matter.

“This is about (the Department of Homeland Security) having the authority to waive any and all environmental laws in perpetuity for border wall construction,” he said.

A favorable weather pattern and plenty of moisture could brew up storms this afternoon and into the weekend, according to the National Weather…

Officials have named the woman who died in a crash Wednesday on Tucson's west side. 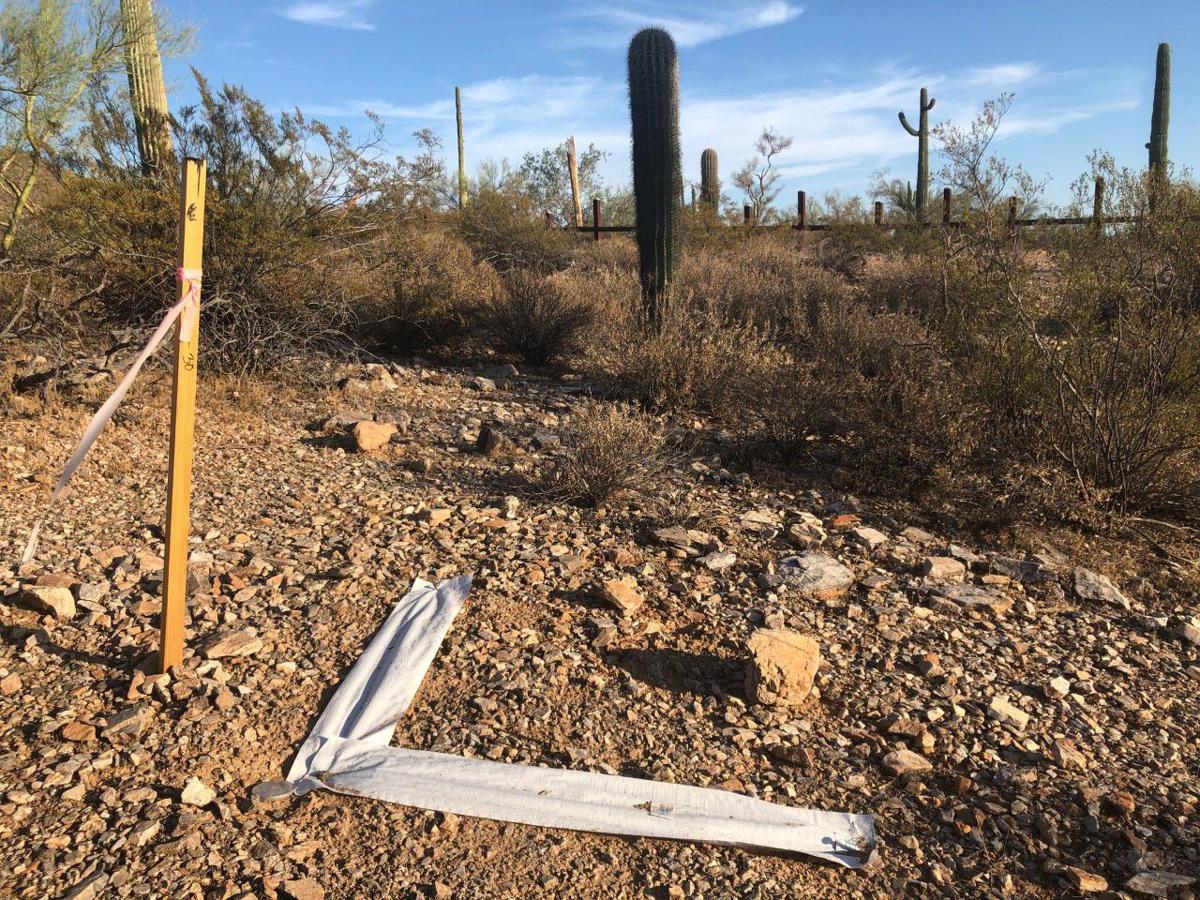 Laiken Jordahl of the Center for Biological Diversity posted photos on Twitter last week showing what he said were new survey stakes about 60 feet from the border at Organ Pipe Cactus National Monument in southwestern Arizona. 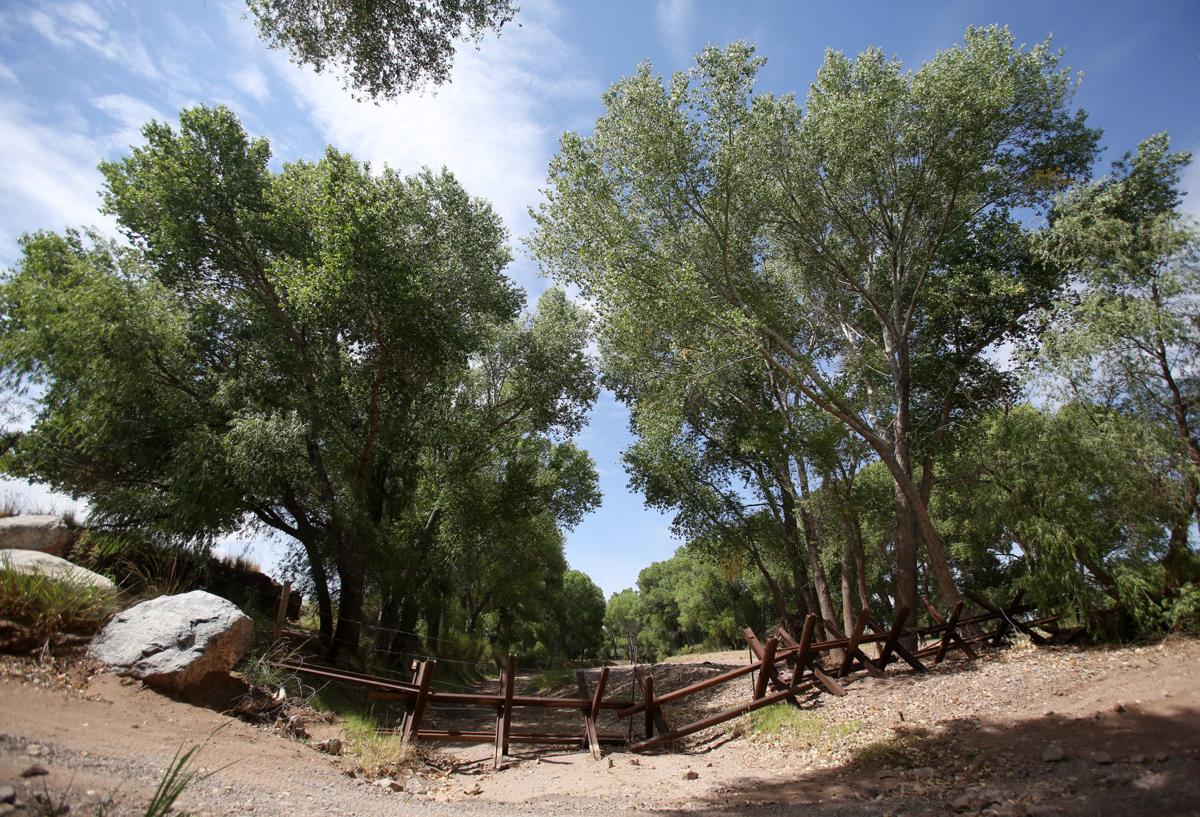